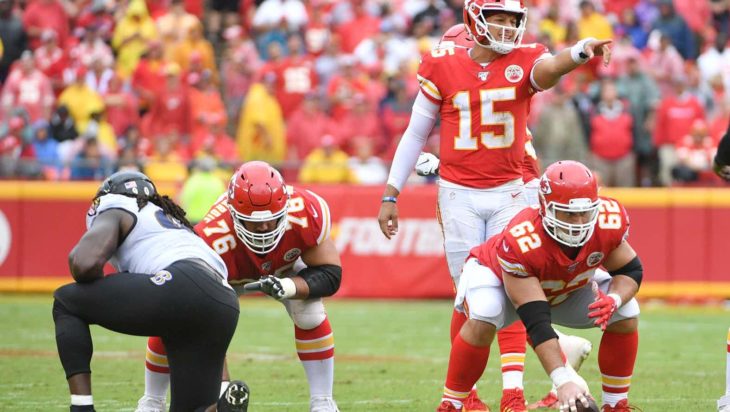 MIAMI — Winning the Super Bowl usually provides the champion an opportunity to open their title defense on Thursday night, but there might be obstacles for the Chiefs opening their 2020 schedule at home.

The NFL Kickoff game is slated for Sept. 10 with the opening Sunday set for Sept. 13. But the Chiefs face a potential scheduling conflict with their neighbors across the street.

The Royals host the Oakland Athletics for a 12:35 p.m. game on Sept. 10. It wouldn’t be unheard of for the two teams to play at home on the same day. The situation last occurred in 2010 when the Royals hosted the Athletics for a 2:05 p.m. first pitch and the Chiefs kicked off on Monday Night Football against the Chargers at 9:15 p.m.

The logistics of a home opener on the same day as Royals game, however, might not quite be the same as an opener for the defending Super Bowl champions.

The Chief would face a similar problem playing on Sunday with the Royals hosting the Chicago White Sox at 1:05 p.m. on the opening Sunday of the football season.

The other came in 2013 when the Baltimore Ravens opened the season on the road in the Kickoff game. The Ravens share parking with the Baltimore Orioles, who also had a game scheduled that day.

Speculation during Super Bowl week theorized the NFL might be interested in putting one of its two new stadiums on the big stage in Week 1. SoFi Stadium in Los Angeles (future home of the Rams and Chargers) and Allegiant Stadium in Las Vegas (hosting the Raiders) both open this season.

NFL commissioner Roger Goodell in his Super Bowl press conference last week didn’t rule out any possibilities regarding a potential Thursday night game in a new stadium and when the defending champion might play.

“We have to put together the biggest stage for all those teams at that moment,” Goodell said. “The way we do that is through scheduling. We do have the flexibility to move the Super Bowl champ to either Thursday or Sunday.”

The league schedule doesn’t come out until April but the Chiefs already know their opponents. If the Chiefs do open the season at home, the most likely opponents are the New England Patriots or the Houston Texans. If the league opts to send the Chiefs on the road for Week 1 the Baltimore Ravens with MVP quarterback Lamar Jackson is an attractive matchup. The Chiefs could also go to New Orleans to face the Saints.

Another intriguing possibility: Kansas City returning to Hard Rock Stadium in Miami to face the Dolphins. It’s the site where the Chiefs won Super Bowl LIV against the team whose upset over the Patriots in Week 17 played a crucial role in helping them earn a first-round bye on the way to a championship.