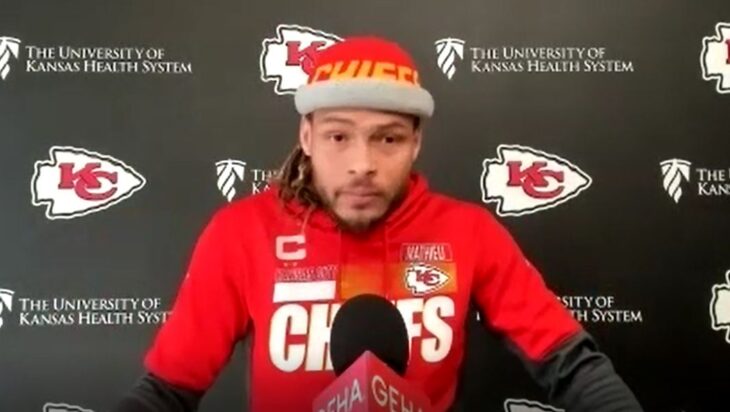 KANSAS CITY, Mo. — Chiefs safety Tyrann Mathieu on Saturday addressed comments he made on social media yesterday, including a reply on Instagram in which he called Chiefs fans “one of the most toxic fan bases in all of sports.”

“That was a mistake on my part,” Mathieu said. “Obviously I haven’t had the season I wanted to have. I think as a team we could say the same. Frustration tends to build up.”

Mathieu admitted to frustration building up as the Chiefs stand 3-4 on the season but concedes he and his teammates have to do a better job dealing with negativity.

“This game, it means a lot to me, my teammates mean a lot to me, and so from time to time certain things, certain comments can get under my skin,” Mathieu said. “Not just with me personally but with my teammates as well. I always feel like I have to come to the defense of somebody whether it’s me or my teammates. But I don think there’s a time and place for everything but obviously that’s one of the areas I could see myself growing as I get older in this league.”

Mathieu’s comments came in reply to comments by linebacker Anthony Hitchens on a post criticizing general manager Brett Veach for past roster decisions, including signing Hitchens as a free agent in 2018. Hitchens replied, “All we did was go to 3 AFC champions games and 2 Super Bowls and 1 SB win .. in my first 3 years here so far !!y’all fans will never be satisfied it’s sad !!”

The comments remain online but as of Saturday afternoon Hitchens appeared to have removed all posts from his Instagram account.

“These are emotional guys that love being Chiefs and they take a lot of pride, they take pride in each other, the protect each other and they do that whole thing,” Reid said.

But he also says that social media is a “dangerous area” for players.

“You’re really just talking to one guy but now you’re talking to the whole world,” Reid said. “We got to do a better job with that in this case. I think Tyrann just told you that. That’s how we address them during training camp, we try to educate them on that. That’s a tough deal though, that’s as you know in this day and age, I’m not real big on the whole thing period.”

Mathieu, who is in the final season of a three-year free agent contract, reiterated his desire to remain in Kansas City beyond 2021.

“I think once again, people that really know me, people that communicate with me directly, like they know I’m all in on Kansas City, I’m all in with my teammates, I try my best to be all in with the community,” Mathieu said. “I don’t think I could paint a clearer picture of I want to be here.”