The Kansas City Chiefs have a great opportunity Thursday night to get one in the win column against quarterback Peyton Manning and the Broncos.

And Andy Reid has a chance to notch his first win over the Broncos as the Chiefs head coach. Denver is ripe for the taking, but it’s just going to take force and slight of the hand to do the trick.

Here’s how the Chiefs should take advantage of opportunities (screen grabs courtesy of NFL.com):

1. Take away the pocket: Manning wants to have a clean pocket for his throws, and wants the ability to step up and go through all his mechanics for the perfect throw. The 18-year veteran is limited in his athletic ability to scramble, so forcing him from the pocket is crucial. 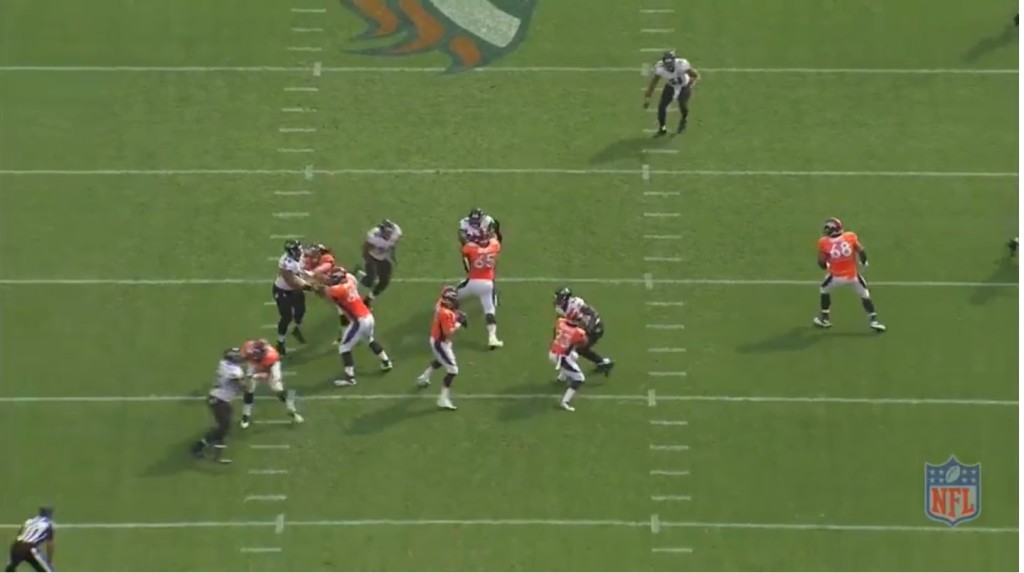 Baltimore did a good job of bringing pressure through the A and B gaps in Week 1 against the Broncos. The Ravens attacked the pocket and made Manning uncomfortable.

2. Keep your heels six off: Manning thrives on pick routes against press man coverage. He also loves to run endless amounts of blitz beaters with fades, screens, digs and out routes. 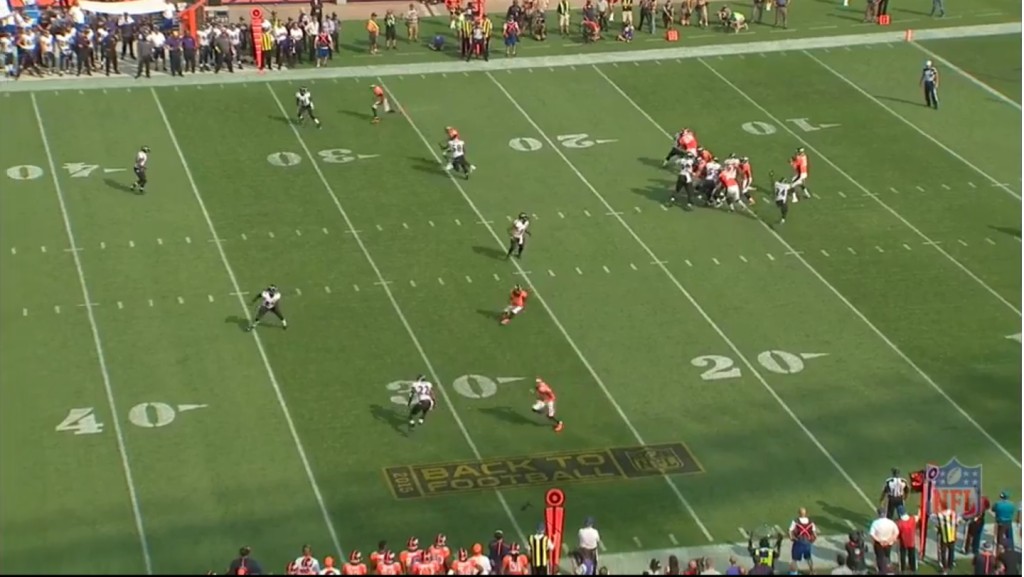 The Ravens did a good job of forcing Manning to throw to their preferred spots by taking away his hot routes and dedicated coverage to where he wanted to throw. Jimmy Smith and the Ravens defense were able to bait Manning into a pick-six when they passed off routes in the middle of a corner blitz. Manning went for the out route based on the spot the corner vacated, leading to the interception.

3. Test the fade: Manning wants to throw the fade route when he sees an all-out blitz with off coverage and safeties with a poor angle on the route. He believes in the speed of Demaryius Thomas and Emmanuel Sanders. The problem, however, is Manning could believe in his arm strength more than he should at this stage in his career.

4. Take back the edge: The Denver defense likes to set the edge very quickly with DeMarcus Ware and Von Miller. They are extremely quick in getting up-field and forcing runs back inside to Brandon Marshall, Danny Trevathan and Sylvester Williams.

The Chiefs can take multiple approaches to take back the edge. Screens, draws, counters, misdirection are all great ways to regain control of the edge. Another opportunity is for the Chiefs to utilize their three tight end sets and bunch formations to seal the edge and regain corner.

5. Freeze and misdirect: The Chiefs will need to neutralize the speed of a very quick front seven. 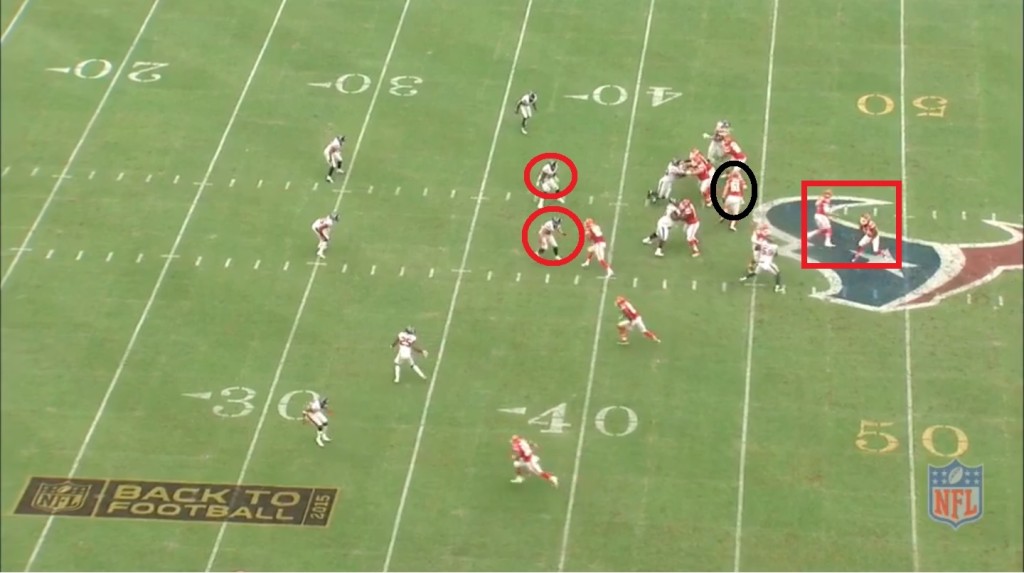 The best way to do that is to freeze the linebackers with play-action and utilize misdirection to force them out of position. It will cause much needed confusion that the offense can expose for explosive plays.