The Kansas City Chiefs can complete their first road sweep over the division since 1995 on Sunday against the Oakland Raiders and the first time under this division format that was created in 2002.

Here’s how Coach Reid and the roster can make it happen. 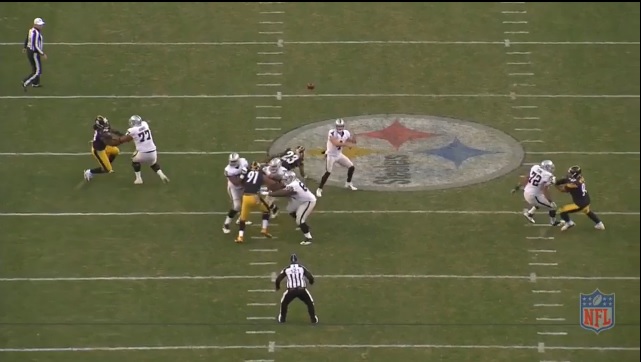 Defensive coordinator Bob Sutton and the Chiefs’ 11th ranked passing defense must press the wide receivers at the line of scrimmage. Oakland comes into the game with the eighth ranked passing offense, and wide receivers Amari Cooper and Seth Roberts provide explosiveness. Cooper and Roberts do a good job of getting clean releases off the line of scrimmage and having quick cuts out of their breaks.

Michael Crabtree provides the team a very good possession receiver and is a good mismatch for a No. 2 or 3 corner and safeties covering him. Roberts will be a matchup the Raiders will likely attempt to force on the Chiefs nickel corner.

Kansas City will need to get physical early so the pass rush has time to get to Derek Carr. The former second-round pick has improved his performance during his sophomore season in the NFL. Carr has 24 touchdowns and six interceptions.

The one flaw in his game is when he sees the blitzer coming. Carr will shift his weight to his back foot and throw off that foot without proper distribution, which is very similar to what San Diego Chargers quarterback Philip Rivers did for many years in his career. Carr, a former Fresno State quarterback, will rush his throws if the blitzer is visible. He will also get a little more antsy in the pocket if he takes a couple of hits.

The key is to press the receivers early and force Carr to hold onto the football then back off in coverage once he begins to rush his throws.

In seven of 11 games, the Raiders defense has given up 41 receptions for 516 yards and seven touchdowns against tight ends. The windows based on their defensive alignment and lack of speed at the second and third levels make those numbers possible.

3. Struggling with the angles 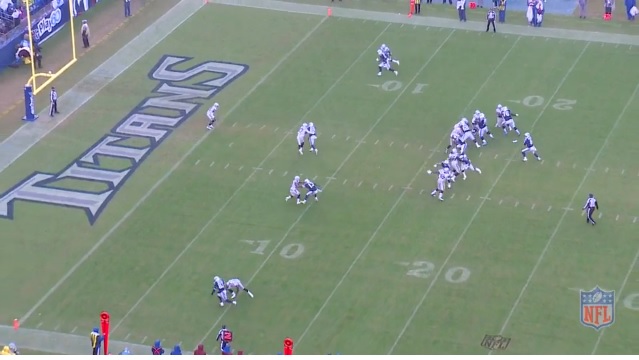 The Raiders secondary struggles with their pursuit angles and closing on speed. Teams are able to utilize screens, double moves, slants and crossing routes to exploit this weakness in the Raiders secondary. Safety Nate Allen and former Chiefs cornerback Neiko Thorpe struggle the most with double moves and have been burned by the moves for touchdowns.

4. Hit the corner with double tight 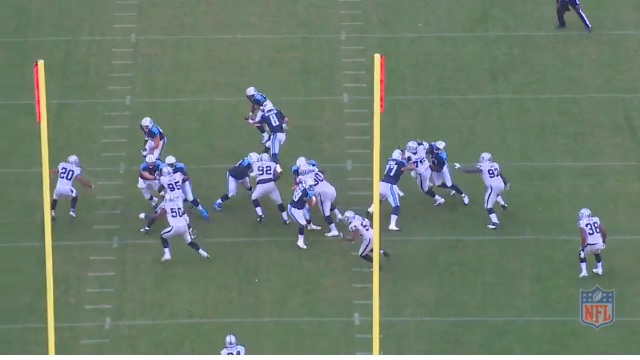 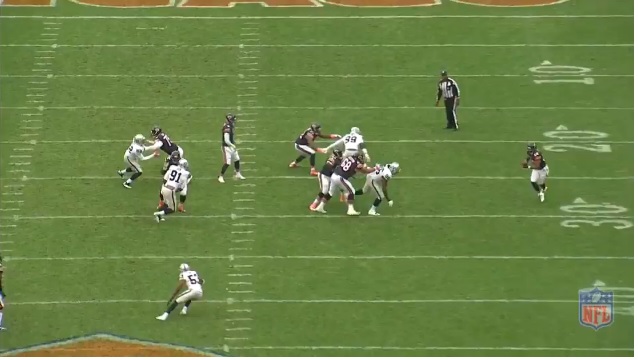 The Chiefs can find another mismatch to exploit with their tight ends and running backs against the Raiders linebackers. There are options with angle routes, delayed releases into the flats, wheel routes and slants.

Oakland wants to get running back Latavius Murray going with counter, inside zone, off tackle and cutback runs. The Raiders typically like to pull a guard, tight ends or fullbacks on their counters. Oakland will bring in multiple tight ends to help give them the desired blocking combinations.