The Chiefs (8-5) continue to enhance their chances for the playoffs and the latest opponent to stand in their way are the Baltimore Ravens (4-9).

The Ravens are in unfamiliar territory with their first losing season in the past eight years. Baltimore also has 18 players currently on injured reserve including: Joe Flacco, Justin Forsett, Steve Smith Sr, Breshad Perriman, Matt Elam and Terrell Suggs. Their four win season has seen a lot of challenge.

Here’s how the Chiefs can hand them their tenth loss of the season (screen grabs courtesy of NFL.com):

1. Speed up Clausen if he starts 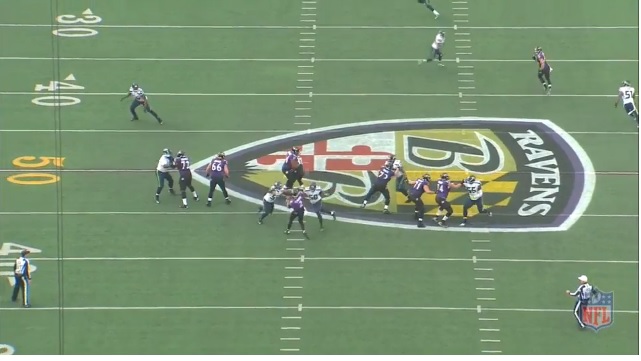 Jimmy Clausen could is expected to get the start with Matt Schaub sustaining a chest injury two weeks ago. Schaub put in a full practice Thursday, but is no sure bet.

Clausen, a sixth-year quarterback, was claimed off waivers by the Ravens on Nov. 24. Clausen spent a season under Ravens offensive coordinator Marc Trestman with the Chicago Bears in 2014. The former Fighting Irish will speed up his mechanics when he sees or feels pressure, and it leads to inaccurate passes that will not be catchable for the receiver.

Clausen will immediately look for Kamar Aiken or his check down once he sees the rush coming. The sixth year quarterback just hasn’t had enough time building chemistry and understanding with the receivers of what he wants to throw based upon the coverage. Pressure will derail the passing game. 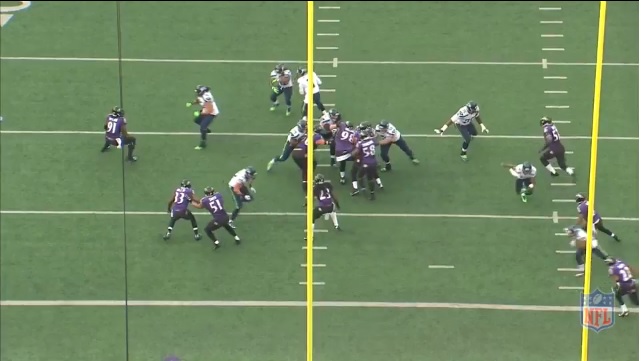 The Ravens will sell out to stop the run and will make themselves open to intermediate and deep passes over the middle. This is a time where the passing game can open up the run when it is needed in the second half of the game. 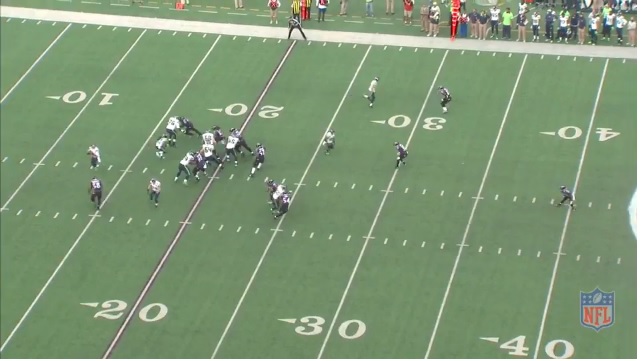 Baltimore will bring pressure and stunts to the Chiefs left side and at the right tackle position. It would benefit the Chiefs to move the pocket early and also utilize the bootleg to build a rhythm in the passing offense early.

The Ravens like to bring pressure up the middle based on certain formations they feel will take longer for the routes to develop. The crossing routes are there for the taking once Baltimore brings pressure. It is a big weakness for them in man to man coverage with a blitz. 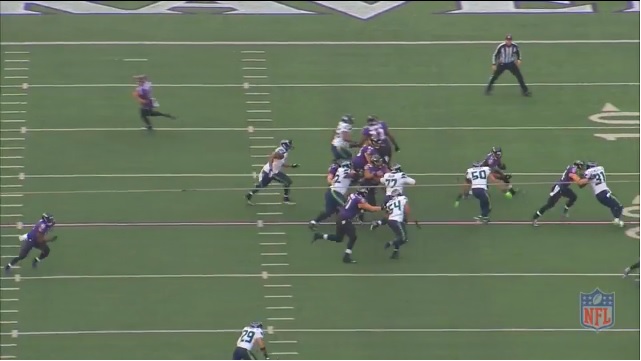 Baltimore wants to get Javorius “Buck” Allen going early. The benefit from getting him going in the first half. It allows them to take the pressure off Clausen and open up some of their play-action passes. Allen is also one of the safety values in the flats and their check downs when Clausen is being pressured.

6. Single-high safety? Chuck it up top. 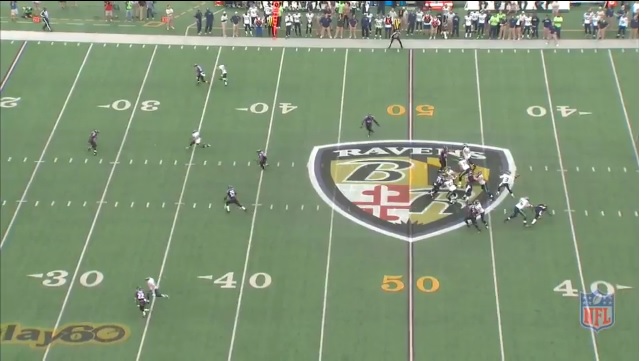 The Ravens lack consistently speed at the safety position. Former Chief Kendrick Lewis is the Ravens starting free safety and hasn’t improved his range since he left Kansas City. Post routes are open on the safety blitz and go routes are open against single high coverage. Lewis or Will Hill will likely be shaded towards Jeremy Maclin’s side.

This could be a big day for Chris Conley or Albert Wilson.

7. Strong at the point 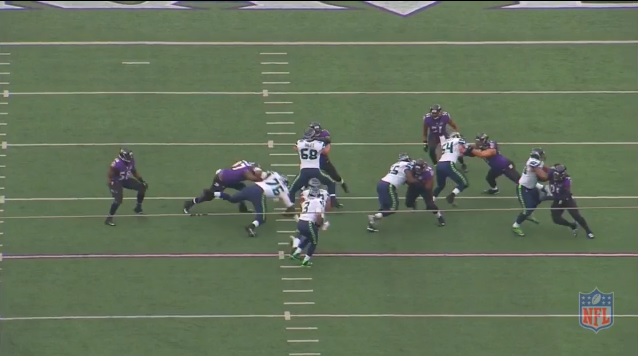 Baltimore is strong against the run. They are ranked 11th in the NFL and have only given up six runs over 20 yards. The same amount as the Chiefs defense. Baltimore will dedicate seven and eifht in the box to shut down the run. 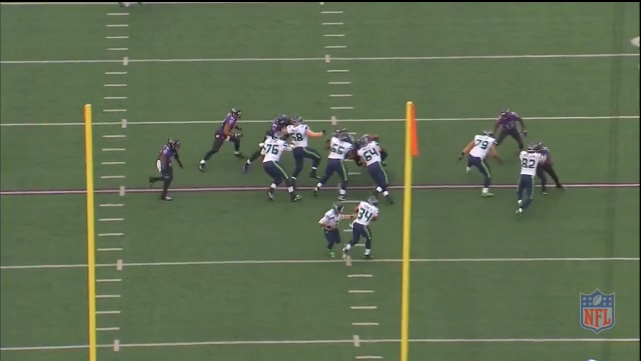 The Chiefs must be strong at the point of attack with their combo blocks. The Seahawks were able to find success from their combo blocks and forcing the Ravens to shift their strong side away from the run. Cutback runs and ghosting motions won’t help to in the same extent as prior weeks. The Ravens are very disciplined against zone runs and read options. 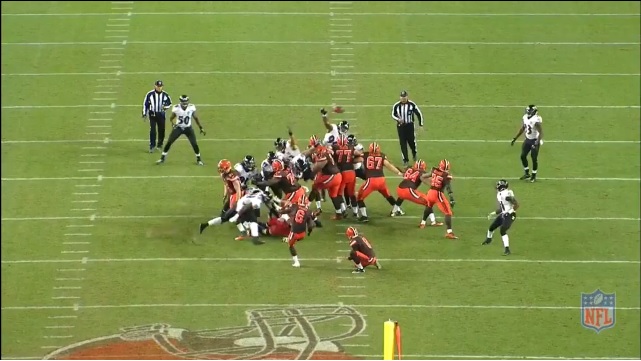 Football Outsiders ranks the Ravens as the number one special teams in the NFL compared to the Chiefs at sixth. Baltimore defeated the Browns on Monday Night Football three weeks ago on a blocked field goal returned 64 yards by Will Hill for a 33-27 victory.

The Chiefs have had issues in previous weeks with field goal protection, blocks in the back, fumbled punt returns and snapping issues. This opponent will be a good barometer of where the Chiefs special teams is at and where a potential future playoff opponent will attack the Chiefs.

The Ravens will be a tough opponent on Sunday. Baltimore’s only loss by more than 10 points was to the Seahawks 35-6 last Sunday. The Chiefs will get a good playoff test against the Ravens at high noon on Sunday.