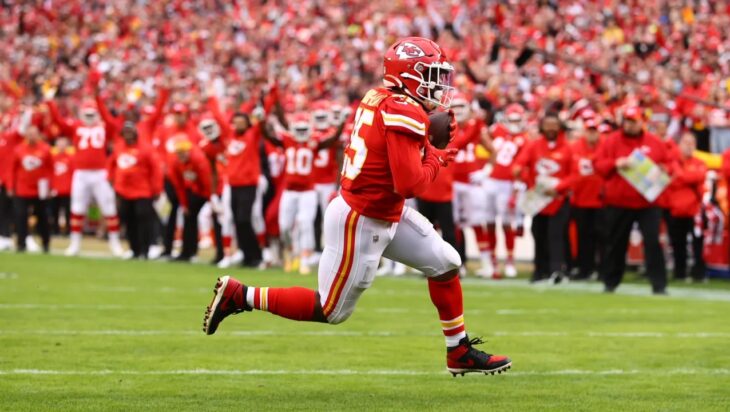 KANSAS CITY, Mo. — The shoulder injury that forced Chiefs running back Clyde Edwards-Helaire out of the final two games of the regular season kept him off the practice field Thursday, casting doubt on his availability for Sunday night’s Wild Card game against the Pittsburgh Steelers.

Edwards-Helaire was a limited participant during Wednesday’s light non-padded, no helmets workout. Offensive coordinator said he’s comfortable with the running back rotation regardless of whether Edwards-Helaire is active Sunday.

“The thing is Clyde is going to do everything he can to be out there this weekend, and we’re going to let the people take care of what they need to take care of.”

Running back Darrel Williams was limited Thursday due to the toe injury he suffered against Denver. Derrick Gore led Kansas City running backs with 30 yards on the ground against the Broncos with Jerick McKinnon chipping in 24 rushing yards along with three catches for 26 yards and a touchdown.

“When given an opportunity, those guys have proven that they can rise to the challenge,” Bieniemy said. “I expect our guys regardless of who is out there playing to go out there and play hard and play fast, but on top of that, to give us something productive to help us to secure a victory.”

Wide receiver Tyreek Hill was limited Thursday due to the heel injury he developed during warmups against the Broncos on Saturday.

The Steelers were again without running back Najee Harris on Thursday, who did not practice due to an elbow injury. Right guard Trai Turner (knee) as a new addition to the injury list and did not practice Thursday.