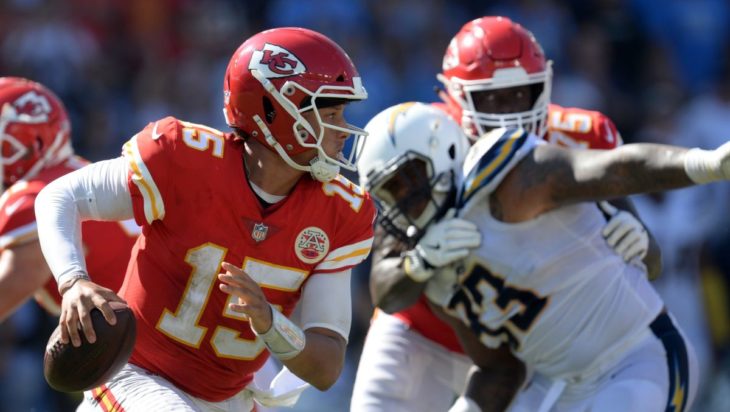 The Chargers have made some minor changes on defense since the first meeting between these two teams in November. They still deploy 4-3 front, but the return Derwin James from injury instigated a move toward more Man Free and Cover 2 coverages along with their usual Cover 3. James brings an attitude on the back end of the defense severely lacking in his absence.

Several of the linebackers are converted college safeties, so while a tad undersized the possess quickness and ability to defend sideline-to-sideline.

The defensive backs, despite some injuries, remain a solid group. James acts as the enforcer on the back end, but he can also man up the tight end with great success. Casey Hayward Jr. is a very good shutdown corner, and should have some fun battles with Chiefs receivers Tyreek Hill and Sammy Watkins.

The Chiefs haven’t run the ball effectively much as of late, but opportunities present themselves on the ground against the Chargers. Fullback Anthony Sherman can serve as a lead blocker on runs between the tackles. Kansas City can also stretch the ball laterally, but cutback lanes can open when the Chargers pursue to the sideline with their speed.

Slowing down Bosa requires pulling linemen, split zone looks and chip blocks to keep him on his toes. Quarterback Patrick Mahomes can vary his snap count and use RPOs to affect the quick get-off of Bosa and Ingram. An effective hard count can draw them offsides.

The Kansas City screen game can work effectively against the aggressive play of the Chargers defense. Double moves can also open up some deep-shot opportunities. Bunch sets should create confusion and missed assignments in coverage, especially on intermediate routes.

Mahomes should target cornerback Michael Davis in the passing game because the Chiefs’ receivers should win one-on-one matchups with him regularly. The post/wheel concept can attack the Chargers when they are in Cover 3. Los Angeles will forget to cover running backs out of the backfield occasionally, but have the speed to limit huge gains on the wide open passes in the flats.