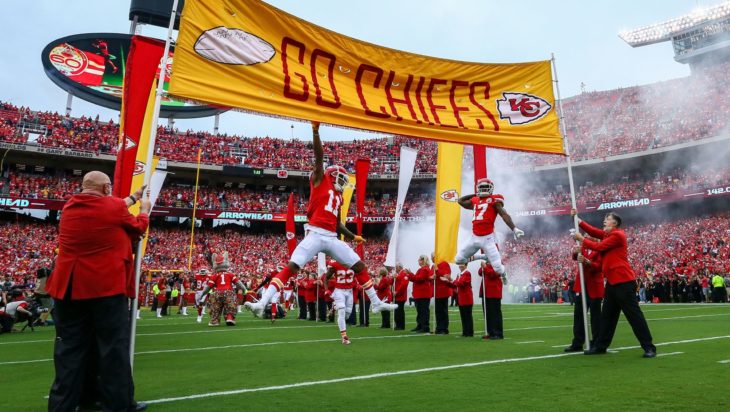 KANSAS CITY, Mo. — Recent tradition dictates the defending Super Bowl champions kickoff the following NFL season at home on Thursday night, and the path now appears wide open for the Chiefs to do just that in September.

The Kansas City Royals on Wednesday announced they are moving their home game against the Oakland Athletics originally scheduled for Thursday, Sept. 10. The Royals and Oakland will now play a doubleheader on Tuesday, Sept. 8 with an open date on Thursday.

That move clears the way for the Chiefs to have the Truman Sports complex all to themselves on Thursday for the NFL Kickoff game.

The other came in 2013 when the Baltimore Ravens opened the season on the road in the Kickoff game. The Ravens share parking with the Baltimore Orioles, who also had a game scheduled that day.

The Royals, Athletics and Major League Baseball agreeing to the schedule change avoids a potential messy situation. Both Kansas City clubs have played on the same day at the complex before but the logistics of an NFL season opener for the Super Bowl champions far overshadow a normal regular season game. The other alternative was for the Chiefs to open the season on the road since the Royals also host a series against the Chicago White Sox during the NFL’s opening weekend.

With that impediment out of the way, attention now turns to Kansas City’s potential opponent for a likely Thursday night home opener. The Houston Texans and New England Patriots both make trips to Arrowhead Stadium this season and appear the most likely targets

A potential matchup with the Texans makes sense. It serves as a rematch following Kansas City’s stunning rally from a 24-point deficit in the Divisional Round of the AFC playoffs and also features two of the league’s brightest young stars with quarterbacks Patrick Mahomes and Deshaun Watson squaring off.

The Chiefs also own home games against AFC West rivals Denver, Las Vegas and the Los Angeles Chargers. Other home opponents include Atlanta, Carolina and the New York Jets.

The NFL is expected to release its 2020 schedule in mid-April.