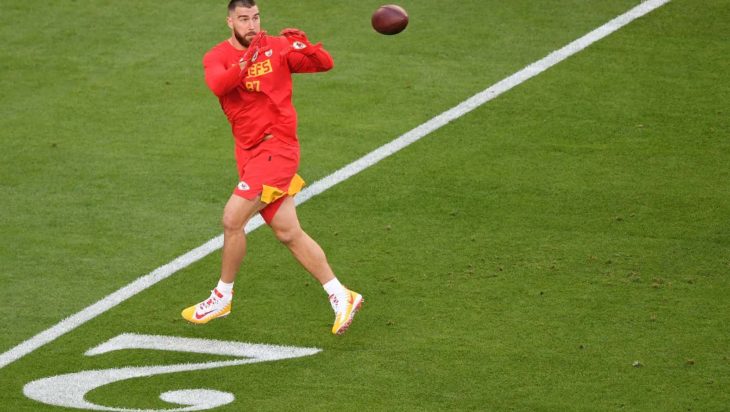 MIAMI GARDENS, Fla. — Veteran running back LeSean McCoy won’t play in Super Bowl LIV, with the Chiefs listing him as a healthy scratch among the team’s inactive players for the game.

McCoy inactives leaves Damien Williams as the featured back for Sunday’s championship game against San Francisco. Rookie Darwin Thompson will back him.

Defensive tackle Chris Jones (calf) and tight end Travis Kelce (knee) will play as expected after working out in full in practice this week.

Henne served as backup quarterback in the AFC Championship game with Matt Moore recovering from an illness. With Moore healthy again, he will backup Patrick Mahomes as he has done the rest of the season.

The Chiefs will keep Stefen Wisniewski at left guard, a position he has filled the past three games in place of Wylie. Swing tackle Cam Erving and interior lineman Nick Allegretti will come off the bench if needed.

Head coach Andy Reid also opted for three tight ends in the game with Blake Bell and Deon Yelder active behind starter Travis Kelce. Yelder has received limited playing time this season with just 47 offensive snaps, but he gives the team flexibility in playing multiple tight end sets, a long-time staple of Reid’s offense. Yelder was listed on the team’s injury report this week with an Achilles issue but he still worked as a full participant.

Lee inactives leaves the Chiefs with five active linebackers in Anthony Hitchens, Damien Wilson, Reggie Ragland, Ben Niemann and Dorian O’Daniel. The Chiefs of late have relied on a two-linebacker lineup with a safety such as Daniel Sorensen in the box.