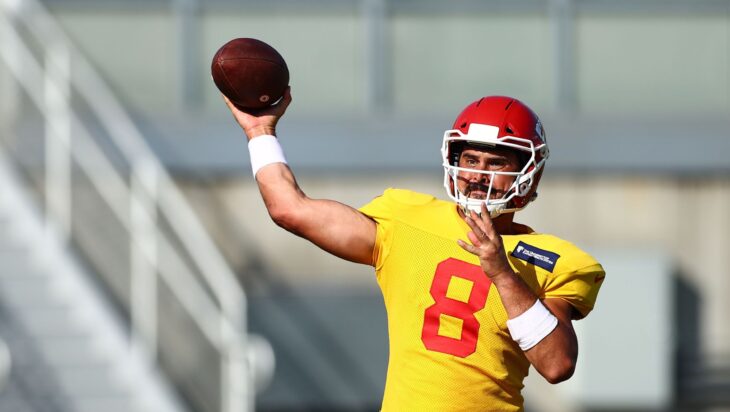 KANSAS CITY, Mo. — Veteran quarterback Matt Moore and running back DeAndre Washington have returned to the Chiefs on the club’s initial practice squad of the 2020 season, headlining a batch of 15 signings the club confirmed on Sunday.

Moore was released on Saturday as the club reduced its roster to 53 players for Week 1 of the season kicking off on Thursday against the Houston Texans. Moore expected to return to the club on the practice squad, taking advantage of one of the new rules regarding practice squad players for 2020.

Teams can maintain a roster squad of 16 players in 2020, up from the 12 players specified in the collective bargaining agreement. Of that group, six players can have unlimited experience. Previously players could have no more than three accrued seasons.

Washington also fits into the group, giving the Chiefs two of their maximum six established veterans on the practice squad.

Also returning to the club on the practice squad are six other players who spent time with the Chiefs in past seasons. That group includes wide receivers Jody Fortson and Gehrig Dieter, both of whom delivered strong camps and were in competition for the final roster spots.

The club also added a fourth quarterback with the return of Jordan Ta’amu, who signed with the Chiefs after a successful run in the XFL earlier this year.

The Chiefs have one spot remaining on their practice squad roster. The full list of 15 signings announced by the club on Sunday: