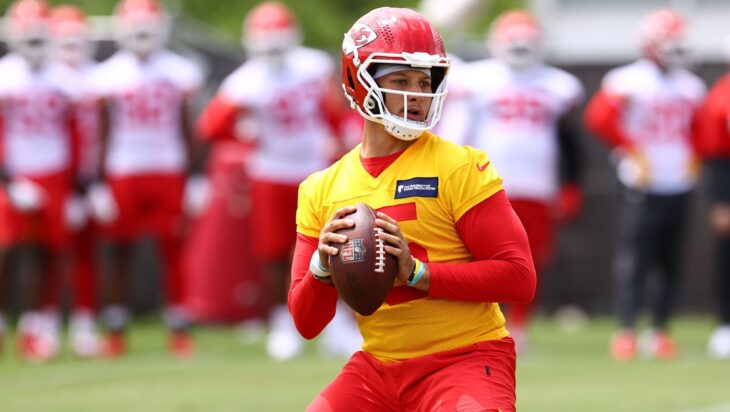 Patrick Mahomes limped to the finish of the 2020 season, putting on a brave face despite a turf toe injury that required surgery in February, but his recovery appears nearly complete as the Chiefs kicked off their offseason practice schedule this week, according to head coach Andy Reid.

“He’s been doing everything,” Reid said following practice on Thursday. “He’s been a full go, and he’s still working with (vice president of sports medicine and performance) Rick (Burkholder) with the toe and that. We utilized this as more of a passing camp. We don’t run the ball much in this thing. It’s good that way, and he’s toe has really done well.”

Mahomes wasn’t on the field Thursday, as he took time off for a golf tournament in Hawaii supporting his 15 and the Mahomies Foundation.

Four other players were on the field without a helmet and did not participate, including safety Juan Thornhill. Cornerback Deandre Baker is rehabilitating from a fractured femur suffered last season. Safety Rodney Clemons and defensive end Malik Herring attended the club’s rookie minicamp and also did not participate.

Phase three of the club’s voluntary offseason program started on Tuesday. Reid didn’t specify which, if any players, were absent from the voluntary workouts or were out for other reasons.

“We’ve been lucky where we’ve had most of our team here,” Reid said. “We had a little bit of a cold bug going around so there’s some guys missing today but for the most part we’ve had everybody here, and the injuries – we haven’t had any injuries, which is, knock on wood, is also good.”