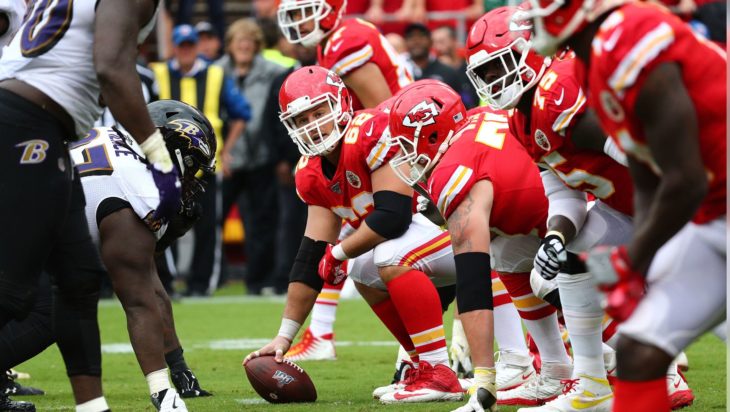 The Chiefs have started the season 4-0 or better in each of the last three seasons, and they run a tough gauntlet early this season with three games against 2019 playoff teams in the first four weeks of the season. The home opener against Houston is followed by a Week 3 trip to Baltimore and a Week 4 home contest against New England.

Head coach Andy Reid says he sees that as a positive.

The Chiefs open with a primetime home game on Thursday night against Houston, the first of five primetime games on the schedule. Only one other is at Arrowhead Stadium, a Sunday Night Football matchup with Denver in Week 13.

The Chiefs visit Baltimore on Monday night in Week 3, Buffalo in Week 6 on Thursday night and the Las Vegas Raiders in Week 11 coming off a bye week.

The Chiefs have two games that could serve as de facto nationally televised games. Their Week 12 trip to Tampa Bay and Week 15 visit to New Orleans are 3:25 p.m. kickoffs that are the only late games scheduled for CBS.

Both games could be protected by CBS, however, which would prevent them from moving to Sunday night. The Bears and Packers meet on Sunday night in Week 12, which seems possible for a flex if one or both teams stumble. The Sunday night matchup in Week 15, however, is Dallas and San Francisco, and it’s hard to imagine that game getting flexed.

Other than three home games after Dec. 1, the Chiefs don’t make any intimidating weather trips late in the season. Following the bye in Week 10, the Chiefs make trips to Las Vegas, Tampa Bay, Miami and New Orleans.

Potential cold-weather games such as Buffalo and Denver are in October. The Chiefs make a September visit to Los Angeles to face the Chargers, who are scheduled to move into new SoFi Stadium which has a roof but is open on the sides.

Let’s dream for a moment and believe road games are a reasonable travel destination this fall. Where should Chiefs fans pack their bags?

No. 4: at Los Angeles Chargers, Week 2. Weather should be nice and a brand new stadium to survey. First regular-season home game at SoFi for the Chargers, but understandable if fans want to wait for future trips.

No. 3: at Las Vegas Raiders, Week 11. Las Vegas will be a destination for Chiefs fans every year. The new stadium should be worth checking out, and this is a cheap, quick and affordable trip.

No. 2: at Tampa Bay, Week 12: Patrick Mahomes and Tom Brady is a marquee matchup, especially if the Buccaneers live up to expectations after their offseason revamp. Why not t go: Super Bowl LV takes place in Tampa in February, if you’re betting the Chiefs might make a second trip.

No. 1 at New Orleans Saints, Week 15: New Orleans anytime is a delight, but New Orleans in December before Christmas is a treat. Comfortable weather, great game, a lot to like about this one.

This was is easy. No Chiefs fan wants to travel to Buffalo on a Thursday night.

Buffalo wins this one too. Bills are a solid team, especially on defense. No team in the NFL wants to go on the road on Thursday night. Last year road teams went 1-5 on Thursday night against clubs that finished the season with a winning record.

The Chiefs have never gone undefeated at home under Reid and lost at least two games in every season except 2018. The club dropped three home games last season, albeit one without Mahomes at quarterback.

Where could the Chiefs stub their toe in 2020? The home schedule stacks up very favorable. Reid has owned his AFC West rivals, so there are three games that feel safe but the Raiders and Broncos should be better this season.

The Jets and Panthers don’t look frightening on paper, but the Chiefs didn’t fare well against the 7-9 Indianapolis Colts last season. The Carolina game comes right before the bye week when the team might be tired and looking ahead to some rest.

The sleeper loss at home is Atlanta. The Falcons should be much improved and the Chiefs will be coming off two road games, including the trip to New Orleans the previous week.

Grab your popcorn in Week 3 for Mahomes vs. Lamar Jackson and the Baltimore Ravens. The two teams are overwhelming favorites to meet in the AFC Championship Game and head to the Super Bowl. The last two matchups between Mahomes and Jackson have been terrific, and no reason to expect any less this time around. Reid’s teams come out of the box on a mission, but this is the game the Ravens will circle on the calendar, especially Baltimore cornerback Marcus Peters. This will be a war.

The Chiefs face a tough schedule out of the box, with the Ravens game the biggest hurdle. But I like Reid having his team ready early and getting to 5-0 before heading to Buffalo. That’s a game the Chiefs can win, but odds will be against them.

That would put the Chiefs in position to enter the bye week at 8-1. The club finishes with four road games in the final seven weeks, including two tough trips to Tampa Bay and New Orleans. A 5-2 record would be great through this stretch.

I’ll pencil in the Chiefs at 13-3 for now, which with wins over Houston, Baltimore and New England would put them in prime position for the No. 1 seed, home-field advantage for the playoffs and the only first-round by with the expanded playoffs this season.