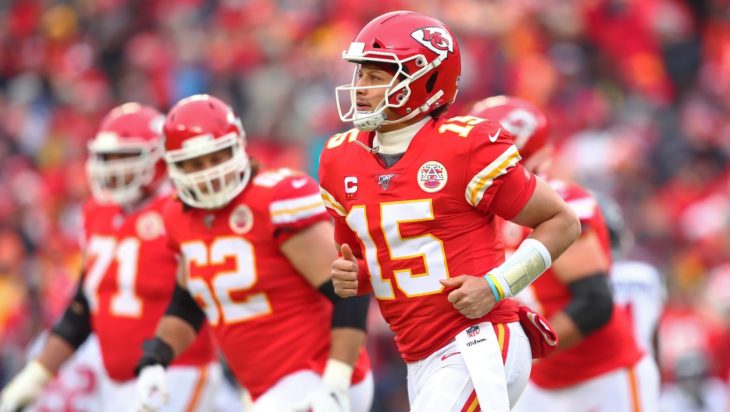 MIAMI — The Chiefs of the 1990s won 102 games, third-most during the decade, but never cracked into the Super Bowl due to an inability to pair a potent offense with a dominant defense. So how many Super Bowls could the ’90s Chiefs have won with Patrick Mahomes at quarterback?

“Oh my God,” Smith said during festivities in Miami leading up to Super Bowl LIV on Sunday. “New England who? You kidding me? New England who? They wouldn’t be talking about New England winning, they wouldn’t even have been on the map if we had a quarterback like Patrick Mahomes with our defense, no question.”

Smith was a key member of the Chiefs’ defense for nine seasons and earned six Pro Bowl nods in 13 seasons in the league after Kansas City selected him No. 2 overall in the 1988 draft. Together with Pro Football Hall of Fame linebacker Derrick Thomas, Smith formed the heart of a defense that led Kansas City to two division titles and six-straight playoff appearances.

But the teams of head coach Marty Schottenheimer never seemed to find the magic elixir at the quarterback position.

“We had some great ones,” Smith said. “We had Joe Montana, we had some great, great players that played for us, but we never had that luxury to have a player as skillful as (Mahomes).”

Smith believes the magnitude of the 24-point comeback Mahomes helped engineer in the Divisional Round playoff win over Houston cannot be overstated.

“Everybody don’t understand,” Smith said. “That offense what they did in the second half when they were down by 24, I think that was the turning point of the whole franchise. Not just the score, but to score seven (straight) times. Seven touchdowns, that’s a statement how great this offense is.”

Smith didn’t attended the AFC Championship game so that he could tend to his ailing mother, but he found himself overcome with emotion watching Norma Hunt, widow of Chiefs founder Lamar Hunt, accepting the trophy that bears her late husband’s name.

“It’s special because the AFC trophy went back home, rightfully so to the Hunt family, and what a blessing,” Smith said. “I really was brought to tears when Norma kissed the trophy. I know how much they meant to me and my family, that to see them really embrace this moment and hopefully walk away with a championship.”