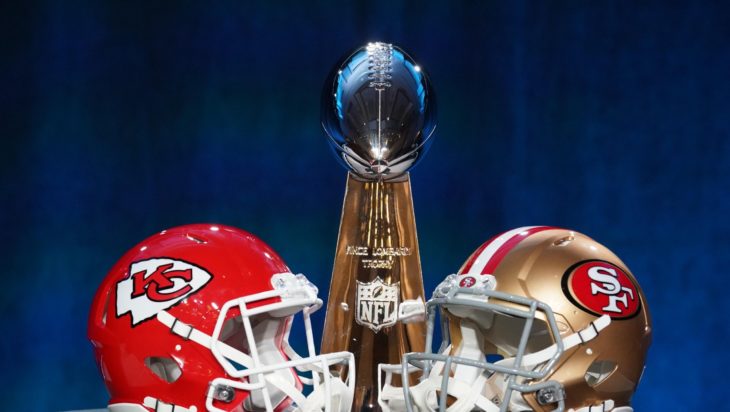 Dominant offense faces off against a very formidable defense. The Chiefs offense, led by quarterback Patrick Mahomes, has the speedy playmakers to destroy even the best-made defensive plans. The 49ers defense is littered with first-round picks on the defensive line that generates constant pressure on opposing quarterbacks and forces mistakes. This battle will put the “offense sells tickets, but defense wins championships” theory to the test.

A key subplot from the offense vs. defense matchup is how the super-talented 49ers defensive line faces off against a savvy, veteran offensive line from Kansas City. San Francisco four first-round picks upfront (Dee Ford No. 23 overall in 2014 by the Chiefs, Arik Armstead No. 17 in 2015, DeForest Buckner No. 7 in 2016, Solomon Thomas at No. 3 in 2017 and Nick Bosa No. 2 in 2019.

In contrast, the Chiefs have left tackle Eric Fisher as the only member of their starting offensive line drafted in the first round. Even without top-end draft capital spent on the offensive line, the Chiefs’ unit plays very well together, helping to give their young quarterback plenty of time to shred defenses. The winner of this matchup could very well determine the winner of the game.

These two players will won’t see the field at the same time and face off directly, but Kelce and Kittle rank as the top two tight ends in the NFL over the past two seasons. What better way to settle the debate on which tight end is the best than to have Kelce and Kittle try to will their teams to Super Bowl victory.

Sherman remains one of the best corners in the league, particularly because of his ability and fit in the cover 3 scheme he’s played since coming into the NFL. Despite his advanced cover skills, Sherman lacks the speed to shut down fleet receivers, so he should have his hands full with the trio the Chiefs will throw at him. The most intriguing matchup comes when Sherman is tasked with covering Hill. Sherman will have to give plenty of cushion so that Hill can’t run by him as easily. That opens himself up to the quick receiver screen game, where Hill’s agility and speed in the open field can be a nightmare for any defender. While these two might not square off against each other the entire game, it’s a fun matchup to keep an eye on anytime it happens.

The rookie Samuel has been a catalyst in this 49ers offense, coming on strong late in the year and into the playoffs. Head coach and offensive coordinator Kyle Shanahan finds multiple ways to get him the ball, including reverses and screens taking advantage of his ability after the catch to pick up big yards. The Chiefs will have to keep an eye on Samuel and be prepared to defend him all over the field from different alignments. If they can limit his impact, the 49ers will have to search for answers to get their offense back on track.

Last year, a Dee Ford offside penalty ripped a trip to the Super Bowl out of the hands of Kansas City. The Chiefs dealt Ford to San Francisco in the offseason and now he faces his former team in the Super Bowl. Revenge games have a way of bringing out the best in a player, so expect for Ford to have a little added motivation going into this matchup. That added motivation, however, might cause him to be early on his pass rush a few times.

Weather The Storm and Settle In

The Super Bowl is the biggest game in a player’s career, and with big games comes more pressure, nerves and excitement. It’s also an opportunity to face off against another really talented team that will be looking to land some early haymakers. Both teams will be amped up for this one. The Chiefs must settle their nerves and withstand the best punches that the 49ers can throw at them early, avoiding a knock-out punch while settling into a groove both offensively and defensively.

San Francisco has a special run game that requires their opponent to play assignment football on defense. Eye discipline is a huge key in this game, especially with the pre- and post-snap eye candy the 49ers throw at defenses. The Chiefs can’t let all the motion and play fakes distract them if they have any hope of slowing down the run game.

With the 49ers employing a very strong outside run game, Kansas City has to set a hard edge, forcing plays back inside. They must squeeze the gaps from outside to inside and watch out for the reverse. If defenders can focus on carrying out their assignments and not trying to play hero ball, they can slow down the vaunted rushing attack of the 49ers and force the game into quarterback Jimmy Garoppolo’s hands.

Watch For The Trickery

Teams seem to always pull out a trick play or two for the Super Bowl. From a flea flicker to the Philly Special, trick plays are a staple in the biggest game of the year, the one last chance for coaches and play callers to empty their game plans. The Chiefs haven’t had a good track record of defending the trick play this season, but that needs to change if they want to win this game.

The 49ers have thrived off of gashing opposing defenses with big plays, particularly in the run game. Several of these chunk plays have come from blown assignments and missed tackles. For the Chiefs to give themselves their best chance to win, they must buckle down, make open-field tackles and force the 49ers offense to methodically drive the field.

Win One For The Gipper

The rallying cry for the Chiefs this postseason has been to win one for head coach Andy Reid. Despite his tremendous success and renowned offensive genius, Reid has yet to win a Super Bowl as a head coach, losing his only attempt with the Eagles in 2005. With one final game standing between the Chiefs and their ultimate goal of rewarding their head coach with a ring, expect the Kansas City players to put it all on the line for a man they all respect so much.