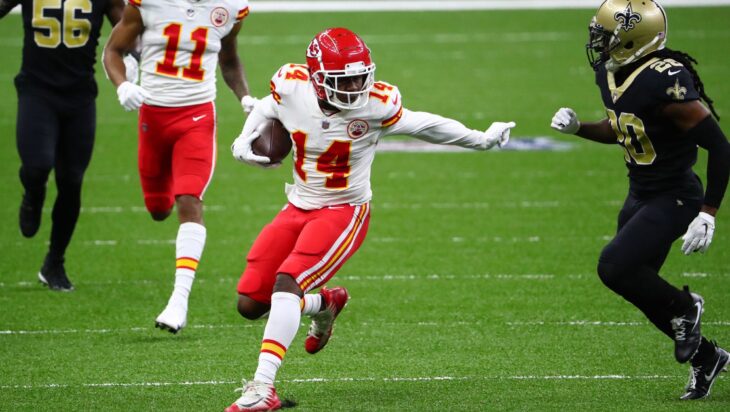 The Chiefs took to the practice field on Wednesday in preparation for this week’s AFC Championship showdown with the Buffalo Bills with only linebacker Willie Gay missing from action.

“Today’s not the biggest part,” Reid said. “Tomorrow’s a bigger practice, longer practice, than what today is. They all seemed to make it through well, and we’ll just see how it goes tomorrow.”

Mahomes and cornerback Bashaud Breeland (concussion/shoulder) both remain in the NFL’s concussion protocol, Reid said. Mahomes and Breeland were both listed as limited participants. Reid did not specify what phase of the return-to-participation protocol to which the two players have progressed.

Watkins returned to practice for the first time since aggravating a calf injury in Week 16 against the Atlanta Falcons. His return would bolster the Chiefs’ receiving corps facing a Buffalo pass defense that yielded just 188 yards passing in their Divisional Round victory over the Baltimore Ravens.

Cornerback Rashad Fenton (foot) was also a limited participant Wednesday. He was inactive for Sunday’s Divisional Round win over Cleveland after suffering foot and ankle injuries in the regular-season finale against the Los Angeles Chargers.

Buffalo wide receiver Stefon Diggs was limited on Wednesday with an oblique injury that first popped up on the injury report Jan. 6. Diggs caught eight passes for 106 yards and a touchdown against the Ravens on Sunday.