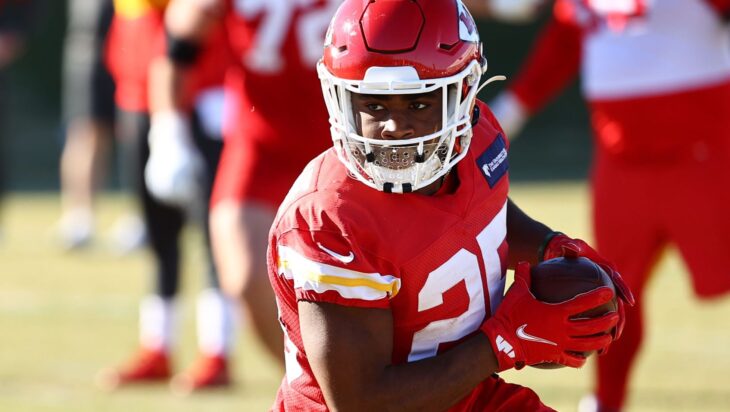 It was nearly full attendance at practice Wednesday for the Chiefs as the club prepares for its Division Round playoff matchup with the Cleveland Browns.

Only wide receiver Sammy Watkins (calf), linebacker Willie Gay (ankle) and cornerback Rashad Fenton (foot/ankle) sat out practice for the team’s opening playoff game. Watkins tweaked his calf during the team’s Week 16 win over Atlanta, while Gay and Fenton sustained their injuries in the Week 17 loss to the Los Angeles Chargers.

Several other Chiefs returned to action, including linebacker Anthony Hitchens who returned after a sting on the COVID-19 reserve list. Fellow linebacker Ben Niemann (hamstring) also practiced on Wednesday.

Running back Clyde Edwards-Helaire, who sat out the club’s final two regular-season games with a high-ankle sprain, was a limited participant and is “feeling better every day,” head coach Andy Reid said.

“I’ll tell you this kid, he just kind of went right at,” Reid said of the rookie’s rehab approach. “He’s fearless with it. As a result, I’d tell he’s probably a little bit ahead, and we just got to evaluate him.”

Wide receiver Tyreek Hill, who was nursing a hamstring injury late in the season, says he feels great. Hill worked with both the team’s medical staff as well as his own personal off-field trainers to get ready for the playoff run.

One player the Chiefs know won’t return to the field this week is right tackle Mitchell Schwartz, who remains on injured reserve with a back injury. Reid closed the door on any possibility the veteran could play against Cleveland.

“There is nobody, nobody that wants to play more than this guy,” Reid said. “You know how he’s wired, you don’t play all the games he played in a row and not enjoying the game. He physically can’t do that right now.”

Schwartz hasn’t played since exiting after eight snaps in the team’s 26-17 win over the Buffalo Bills Oct. 19, but Reid didn’t officially rule out his return if Kansas City’s season continues past Sunday.

“We’ll just see how it goes down the road,” Reid said. “I don’t think anybody has lost hope in that, sometimes time is an important thing here.”