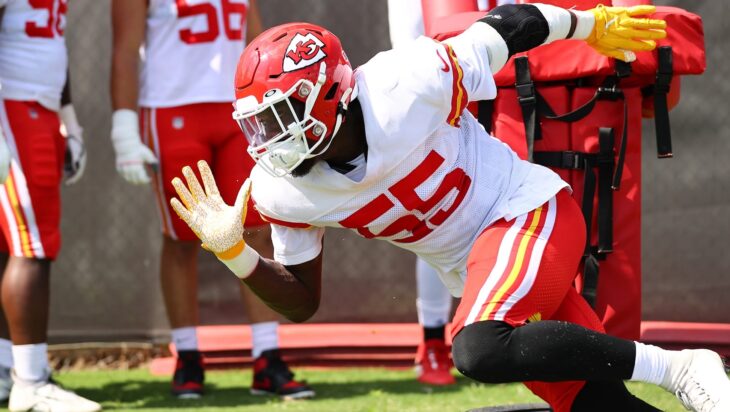 KANSAS CITY, Mo. — Frank Clark returned to practice on Friday as a limited participant, and the Chiefs have no players listed with a game-day designation status heading into their season opener at the Arizona Cardinals on Sunday.

Other than Clark, all other players were full participants on Friday, according to head coach Andy Reid.

“Everybody should be good to go unless there’s a setback,” Reid said.

Clark, who did not practice Thursday, tested positive for COVID-19 after the team’s final preseason game against Green Bay on Aug. 25. Wednesday marked his first day back at practice since that game.

“I practiced Wednesday full, I felt good,” Clark said. “Then after practice, I was dehydrated, I didn’t have all my fluids in me. Just a precaution, they told me to take Thursday off, that’s our running day, big third-down day, so they (told me) take Thursday off and make sure you’re back Friday.”

“It seems like it’s been forever since that last game. The last game we played in left a sorry taste in our month. The Cincinnati Bengals, they whoopped on us. It will just feel good to be able to get out there.”

The Chiefs have an opening remaining on the 53-player active roster after placing TE Blake Bell on injured reserve next week. Reid said he would defer to general manager Brett Veach on whether the club fills that spot with a player from the team’s practice squad before Sunday’s game.

OUT: None
DOUBTFUL: None
QUESTIONABLE: None