The Kansas City Chiefs find themselves in a difficult position on Sunday.

Big games under Andy Reid haven’t fallen in the Chiefs favor. In 2013 and 2014, the Chiefs were 3-10 against opponents that made the playoffs. This season, Kansas City is 1-4 against teams with a winning record.

It is now year three under Reid and at some point his roster and coaching staff need to start winning the big games on the road against playoff caliber teams.

Denver is a team that has inconsistencies in execution and flaws in scheme, both of which offer a great opportunity for the Chiefs to come away with one of the more crucial wins in this three year span.

The Broncos No. 1 defense struggled with a physical run game against the Colts. The speed of the Broncos defense can cover sideline to sideline, take away the edge and limit the short screens.

The ability to run between the tackles takes away the strength of the Broncos defense. It forces them to become physical at the point of attack and they can be gashed in the fourth quarter. 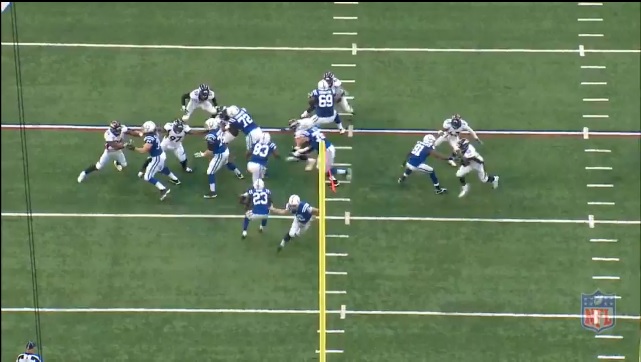 The Chiefs were successful in their rushing attack during Week 2 with 147 yards on 28 carries. The Colts were effective in utilizing two- and three-tight end sets as pulling guards for their kick out blocks.

Reid and his coaching staff can have similar success with ghost motions, delays and cutbacks between the tackle box. The offense may only get 3 yards a pop, but it will be very effective in the fourth quarter.

The Chiefs would be better suited with keeping Anthony Sherman, Brian Parker, Spencer Ware and Charcandrick West in to help block these potential rushers. If the Chiefs attempt to go four and five wide, they will need to get the ball out quick or Smith will take some unnecessary shots. 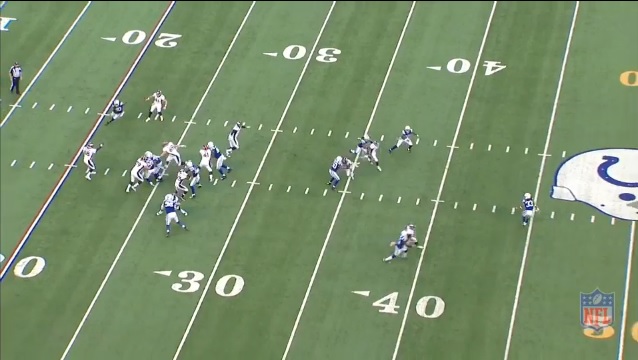 Kansas City can also add in some delays with this max protection. A delayed tight end screen, running back in the flats after a chip block or a delayed angle route could slow down the Broncos rush. 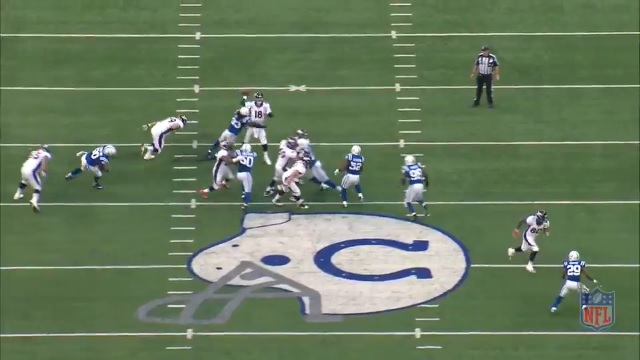 Broncos center Matt Paradis is struggling similar to Will Montgomery last season. The 26-year old center only has one year under his belt and it shows on the game tape. Teams have been able to bull rush and run stunts at Paradis with a great deal of success. The backs are having to help on the edges and it creates a weakness that can be exploited up the middle.

Peyton Manning likes a clean pocket and Paradis isn’t doing his part to make it happen. The Chiefs can find success with bull rushes from Dontari Poe, Mike DeVito and Justin Houston against this center.

Chiefs defensive coordinator Bob Sutton would also benefit from running some pinches towards the A gaps, an area identified as the space between the center and guard.

4) Refuse to lose and play aggressive

The biggest challenge for the Chiefs is allowing themselves to play relaxed since Kansas City seems to put pressure on themselves in big games. This is an opportunity for the Chiefs to play aggressively, not be bullied around by the Broncos defense and make a statement to the rest of the league. The Chiefs must refuse to lose.

Denver plays for 60 minutes and expects to win the second they step on the field. Kansas City must impose their will and force Denver to match their attitude. 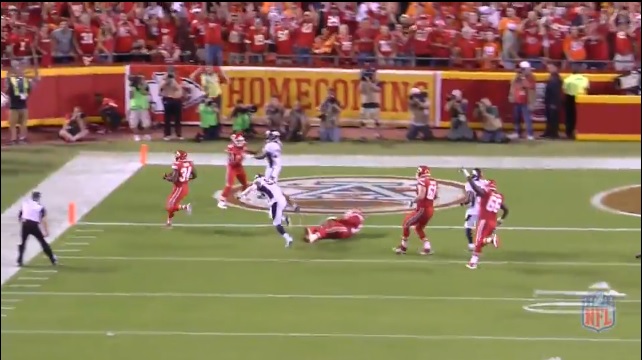 The Broncos are ripe for the picking. Broncos coach Gary Kubiak’s run game continues to have hiccups and still isn’t in-sync. Peyton Manning looks lost at times in the passing game and not sure if his receiver will be at the spot. The 18-year veteran continues to decline in his throwing mechanics and ability to push the ball downfield. 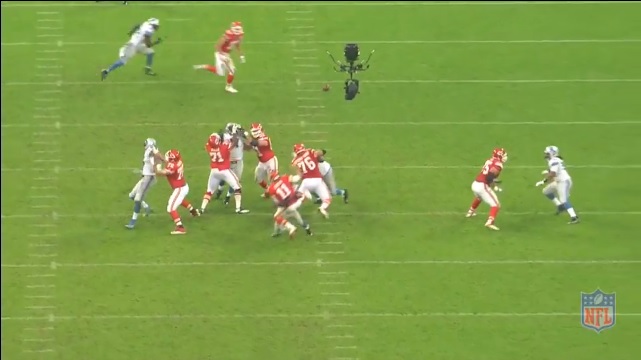 The Broncos are ranked 22nd in total offense just one spot above the Chiefs but the offense seems to find a way to put a couple of drives together while the defense keeps them in the game.

It’s time for the Chiefs to make a statement.