The Cincinnati Bengals are a very balanced football team and don’t play with the flash of the Denver Broncos defense. But they do their jobs and Cincinnati’s offense has a similar balance to the Green Bay Packers, with playmakers across the board.

The Chiefs have the players to matchup well, but will need to take away the Bengals strengths.

Here’s a look at how the Chiefs can get a win (screen grabs courtesy of NFL.com):

1. Get Alex Smith into a rhythm

The Chiefs had a flash on Monday night when the offense found a rhythm in the passing game. Alex Smith looked comfortable in the pocket during the fourth quarter and was willing to push the ball downfield. Kansas City would benefit from running an uptempo offense in the first quarter.

Going that route would limit the Bengals ability to adjust their personnel and put the Chiefs offense on the attack. Smith benefited from a faster pace and having the field cut in half. The Chiefs have an opportunity to provide the offense confidence by moving the pocket, cutting the field in half and providing rhythm from an offense that needs a jolt.

2. Hit Dalton and disrupt with the stack

Bob Sutton’s defense has found success this season when it attacks the quarterback this season. Andy Dalton is a quarterback who will panic under pressure and become inaccurate once he is moved off his spot or hit. The Chiefs need to stack the line of scrimmage similiar to their defense in Green Bay and create indecisiveness. 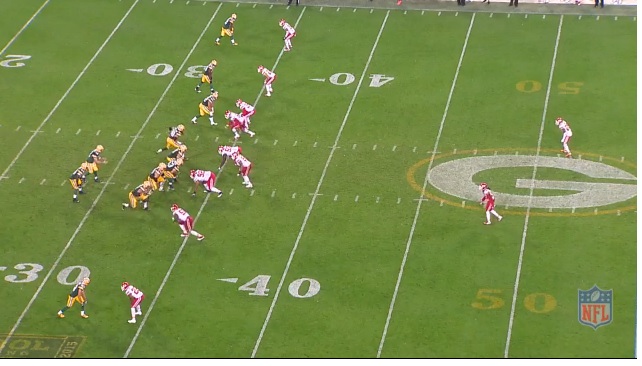 Dalton double clutches when he isn’t sure what the defense is doing. It will cause confusion for the protections and which players are dropping into zones. It also helped the Chiefs when the Packers attempted to run on them in the second half. The defense will find success if Dalton is rattled.

Dalton will push the ball deep if he sees a single-high defender, as shown here with safety Ron Parker at the 50-yard line. 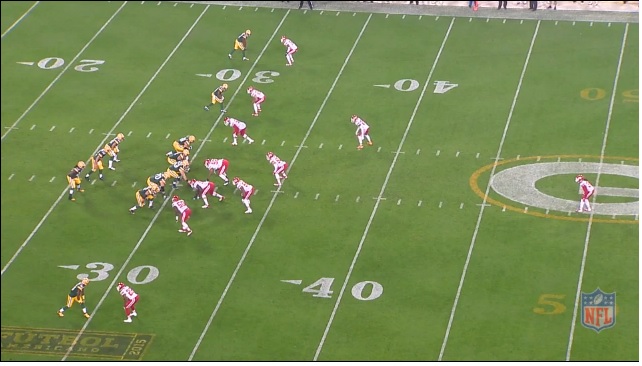 The Bengals like to put A.J. Green in the slot position when they see single high coverage, and it’s noteworthy to mention Green has scored all three of his touchdowns this season from the slot position. 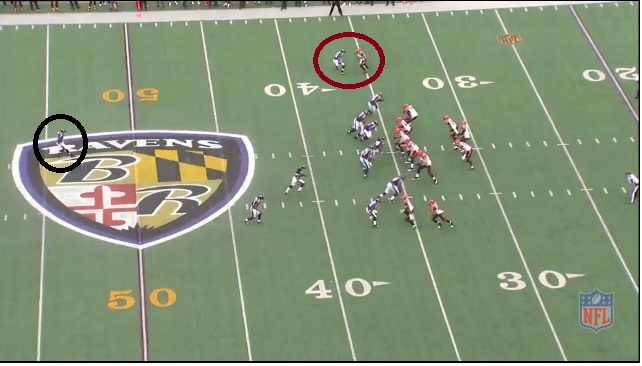 The single-high safety invites Dalton to throw deep with four very explosive receivers that can take the top off a defense. Two deep safeties will limit that explosivness.

The Bengals are a very fast football team with: A.J. Green, Mohamed Sanu, Marvin Jones, Tyler Eifert and Giovani Bernard. Dalton is able to distribute the ball very quickly to any of these players and they will take it the distance. 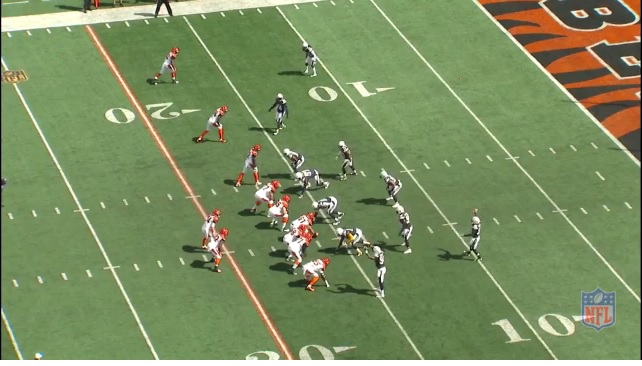 The Chiefs can not give them free releases as they did with the Packers receivers in the first half. Green Bay had free reign and made the Chiefs pay with a 24-7 lead at half.

5. Help the right side

Carlos Dunlap and Geno Atkins are very disruptive forces that will likely spend a great deal of time on the right side. 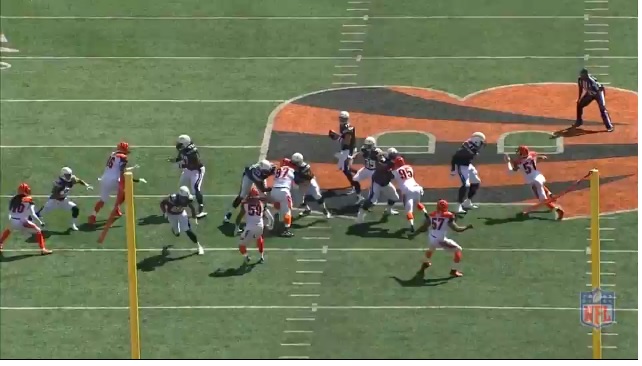 The coaching staff will need to provide the right side with extra protection whether that is Anthony Sherman, an addition offensive lineman, tight ends or chips.

The Bengals are a very stout football team and will attack their opponents and bully them into a victory. The Chiefs will need to answer the call this week to get to 2-2.

The Chiefs finished strong against Green Bay but faultered against Denver. This is an opportunity for the Chiefs to begin to mold themselves into a playoff caliber football team. They will need to give consistent effort and execution in all fourth quarters, but close it out in the fourth.