The Chiefs roster has a unique opportunity to alter the perception of fans across the country on Monday night.

Coach Andy Reid, the staff and his players need to learn some lessons from their prior game by finishing a game and execute every play as if it will decide the game.

That challenge begins Monday night against the Green Bay Packers in front of the country (screen grabs courtesy of NFL.com):

The Chiefs will need to get in manageable third downs. It is the key point of this game. The team is last in the NFL by converting 3 of 20 (15 percent) on third down. Kansas City has only had two third downs that were third-and-5 or less.

The offense must stay on the field and convert during third downs to keep Rodgers off the field and control the clock to keep the score within their offenses reach. The best way to do that is to get manageable third downs and continually convert them. If the Chiefs don’t, they will be in for a long night.

2. Limit the run game in sub-packages

If the Packers can get the run game going, it will be a long day for the Chiefs. Rodgers can carry the offense on his back with just the passing game alone. 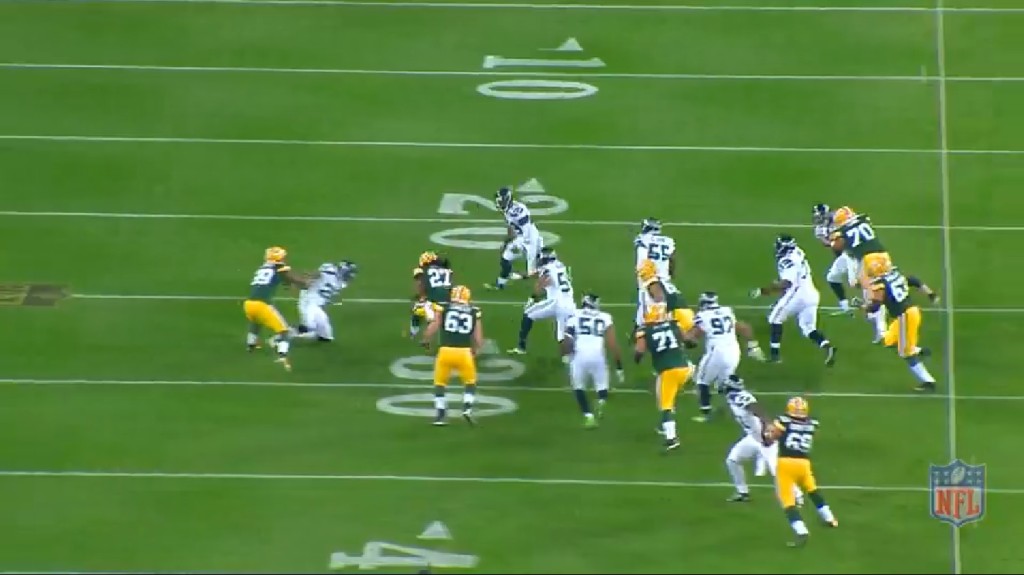 If he has an effective run game out of shotgun, it opens up a lot of opportunities in play-action passes, cutback runs on zone reads, and tosses/blast out of their pistol formations. The front six in sub-package will need to be very sound against the run.

The front seven offers a very good pass rush. Rodgers is much more athletic than the previous quarterbacks Kansas City has faced. He is most effective when flushed out of the pocket and throwing on the run. 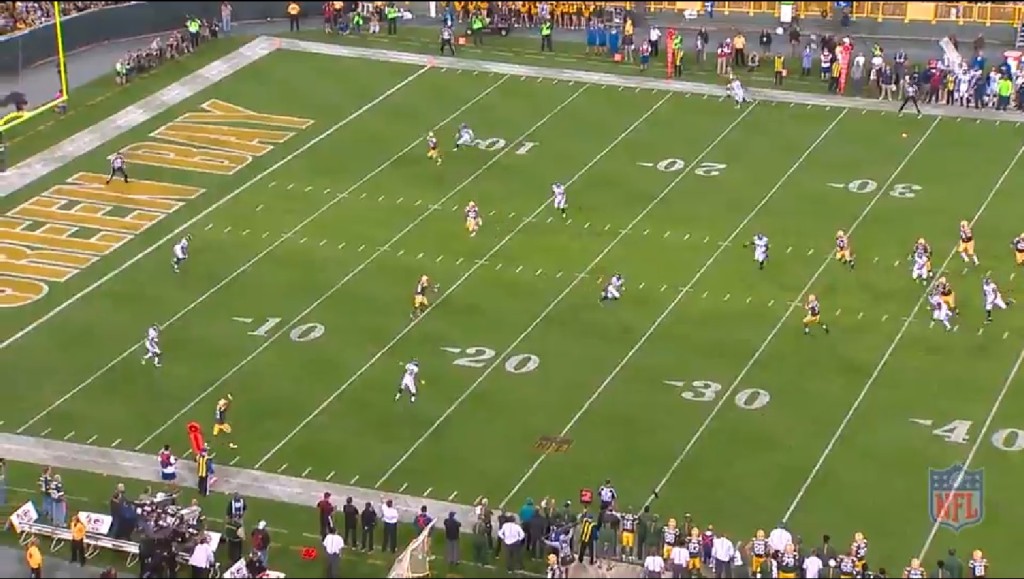 The former first-round pick can throw a ball on a dime, 30-plus yards down the field without proper mechanics in his footwork or launch point. The best way to contain Rodgers is for Tamba Hali and Justin Houston to stay even with him. Once they get behind it that will create a void in the pocket for him to step up on either side. The second part is to use stout bull rushers in the interior to push the pocket into Rodgers face.

This is a unique week where the front four must work in unison to contain the Packers quarterback. Rodgers puts incredible stress on a defense when he is able to scramble out of the pocket and turn the secondary into a fire drill. The second part of the equation will be for the Chiefs to dedicate a spy to Rodgers if he does elect to scramble.

The secondary will be dependent on the amount of time the pass rush gives them but they can initially help the situation by pressing the wide receivers. If they play off a soft, Rodgers will hit them with slant routes and quick hitting routes for tremendous YAC opportunities. 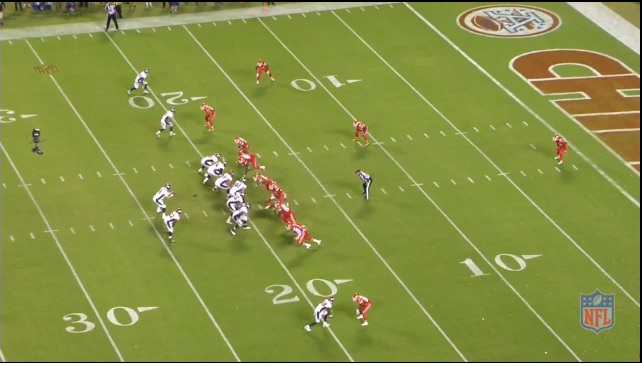 If there is an encroachment penalty, the corners must continue to perform their press and stay with the receiver because Rodgers loves to take free shots on verticals, post and down the seam when the defense is off-sides. The secondary will be very dependent on the pass rush this week in the amount of time they cover.

The Packers defense is limited on their ability to maintain the edge. They struggle against tosses, pitches, screens and quick passes on the edge.

If the Chiefs are willing to attack the edge early it will loosen the play-calling up for inside runs.

6. Take back the B Gaps
With the Packers speed struggles on the edge, Dom Capers has compensated for that weaknesses by attacking the B gaps. He has his defensive linemen or backers out a little bit wider and has his pass rushers outside the tackle to take away the edge and funnel runs to the A gap. 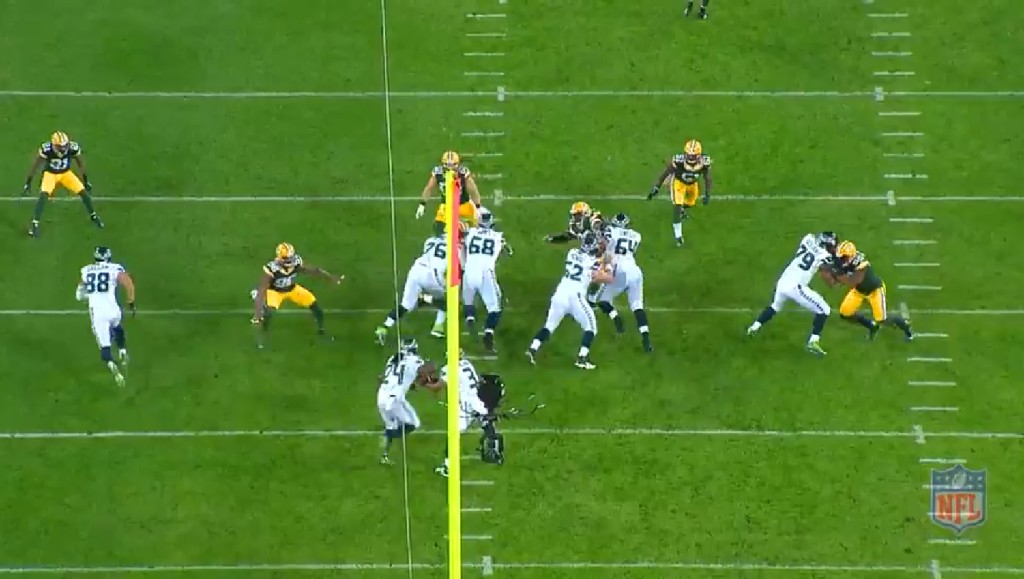 The Chiefs must test the Packers discipline with misdirection and cutback runs similar to the Jamaal Charles touchdown last week. If the Packers overcompensate then the play-action pass game will be very effective in these formations.

The Chiefs put themselves in unfavorable positions last week with five turnovers, nine penalties and lapses in execution at times. This week the team must play all for quarters as if each play will decide the game. 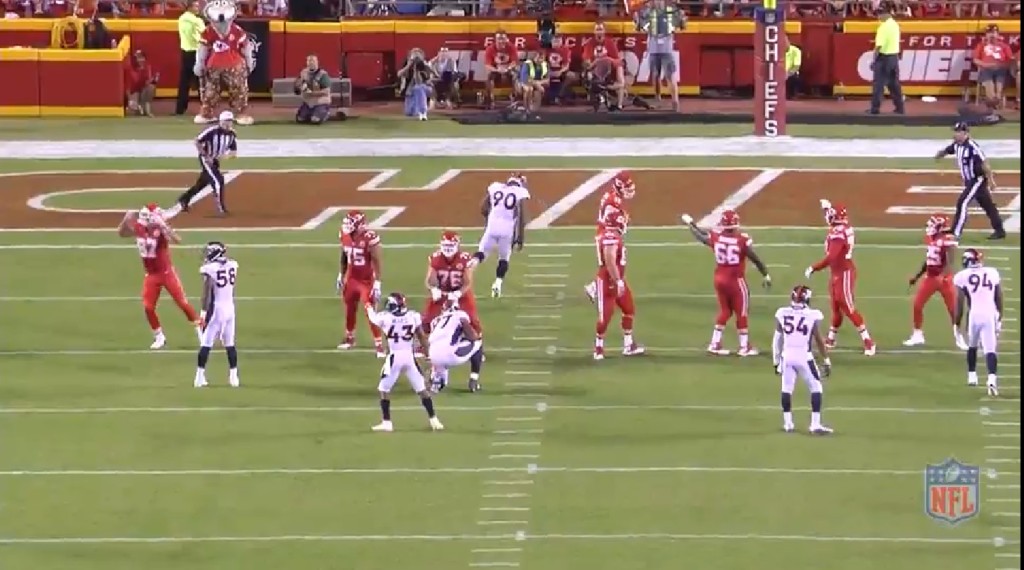 The Denver Broncos took that strategy and played till the whistle blew. The Broncos willed themselves to win the game; Kansas City must learn that in a quick manner.