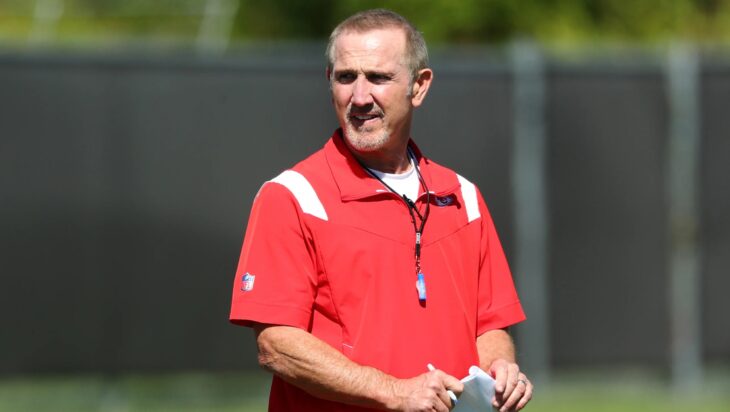 KANSAS CITY, Mo. — There was no mistaking the increased intensity on Wednesday as the Chiefs defense lined up for its “pride drill,” the opening sequence to virtually every practice for coordinator Steve Spagnuolo.

The first-, second- and third-team defenses alternately line up in formation and simulate an interception, with coaches throwing balls into the secondary and everyone swarming to the end zone. Players then race to the sideline before sprinting across the field to begin position drills.

It’s a standard element of practice but after yielding 36 points to the Baltimore Ravens in Week 2, nothing is standard this week for the Chiefs. Head coach Andy Reid established a new mindset during a team meeting Tuesday morning — in Spagnuolo’s words, “I think it needs to be different, I think everybody understands that.”

Spagnuolo indeed noticed something different in this swarm drill, enough so that he opened up Thursday morning’s film review by putting the pursuit drill up on the screen for the defense to watch.

“I was inspired by that one first play that our first group did in that drill,” Spagnuolo said. “They were flying. It set the tone for what they wanted to do in practice. There was a purpose in the practice as coach talked about.”

Spagnuolo even brought that refined tone into his weekly press conference on Thursday, eschewing his normal brief “good morning” or “good afternoon” greeting in favor of a recitation of everything that went wrong for the Chiefs on Sunday night. “No. 1 factor in that we felt like was the tackling,” Spagnuolo said. “I think that’s kind of obvious.”

That wasn’t all. Playing better in the fourth quarter after yielding two touchdowns against the Ravens. Improving against the run, where the Chiefs allowed a heart-stopping 202 yards per game through the first two weeks.

Then there’s the red zone, where the Chiefs have allowed eight-straight touchdowns against the Browns and Ravens.

“I will say that there’s been an extreme focus on it, the players have taken ownership, the coaches have taken ownership,” Spagnuolo said. “We did have some wrinkles in last week in the red zone, one that I thought worked pretty good and one not so good. We were kind of 50-50 on any changes but it needs to get better.”

Linebacker Anthony Hitchens has been here before. He remembers the 2019 season when the defense allowed 26 or more points six times in the first 10 weeks of the season. Just like then, he says, the Chiefs have plenty of trust and no reason to panic.

“We trust the coaching staff, we trust each other that we’re going to get it done,” Hitchens said. “No one’s in panic mode. It’s Week 2 of a very long season. We just trust and continue working. We can’t just throw the season away after two weeks. There’s a lot of game to be played and a lot of plays to be made.”

Brendan Daly, run game coordinator and defensive line coach, echoed Hitchens’ thoughts. He pointed toward the focus he’s seen in meeting rooms and on the field this week as faith in Spagnuolo’s approach.

Spagnuolo does know where he wants his team headed.

One specific solution — lineup changes such as moving Chris Jones back to defensive tackle — don’t appear on the drawing board for now.

“Not really, I don’t think we’re going to panic in that regard right now,” Spagnuolo said. “The four inside guys have been rotating in there, we need to keep them in there. Chris still has to settle into the new position he’s in.”

NFL teams never truly know where they stand until they starting playing games that count in the standings. Spagnuolo says he hoped for improvement from Week 1 to Week 2.

“That didn’t happen, so we’ve go to find a way to seal that leak in the dam now and I hope that happens,” Spagnuolo said. “That’s what we’re hoping for.”