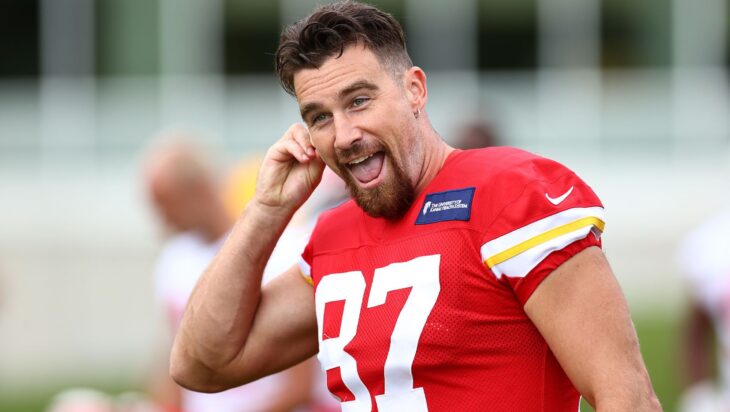 KANSAS CITY, Mo. — Tight end Travis Kelce on Thursday became the latest member of the Chiefs’ nucleus to extend their stay in Kansas City, agree to terms with the club on a four-year contract extension worth reportedly more than $14 million per season.

The All-Pro tight end was already under contract with the Chiefs through the next two seasons. The extension will keep Kelce tied to the club through 2025 and includes $57.25 million in new money with $28 million guaranteed money, as first reported by Terez Paylor of Yahoo Sports.

The deal comes hours after San Francisco 49ers tight end George Kittle became the highest-paid tight end in the league, agreeing to an extension worth reportedly $75 million over five years for an annual value of $15 million

Kelce and Kittle have battled for stats and championships over the past two seasons. Kelce set an NFL record for tight ends in reaching 1,336 receiving yards in the final game of the 2018 season. Kittle eclipsed the record less than an hour later, finishing with 1,377 receiving yards. The two All-Pro players faced off in Super Bowl LIV in February, with Kelce’s club emerging on top.

Kelce signed a five-year, $46.8 million contract extension with the Chiefs in January 2016 that included $20 million in guaranteed money.

The NFLPA salary cap report showed the Chiefs with $6.842 million in available cap space before the extension with Kelce. That number does reflect the savings resulting from Laurent Duvernay-Tardif, Damien Williams and Lucas Niang opting out of the 2020 season.

The extension with Kelce is the latest coup for general manager Brett Veach, who during the past year has negotiated long-term extensions with quarterback Patrick Mahomes, receiver Tyreek Hill and defensive tackle Chris Jones.

Next in line for an extension could be cornerback Charvarius Ward, who is a restricted free agent at the end of this season. Safety Tyrann Mathieu, left tackle Eric Fisher and right tackle Mitchell Schwartz are signed through the 2021 season.

The Chiefs have salary cap concerns for 2021 – they are $18.96 million over the projected salary cap of $175 million next season. But considering the Chiefs had $177 in available cap space on March 30, Veach has shown this season the salary cap is indeed flexible.

Kelce, who turns 31 in October, joined the Chiefs as a third-round draft pick in 2013. He earned All-Pro honors in each of the last four seasons, becoming the first tight end in NFL history to top the 1,000-yard receiving mark in four-consecutive seasons.

After playing in just one game as a rookie due to a knee injury, Kelce has caught at least one pass in 95-consecutive regular-season games. His 507 catches rank third in the club’s franchise history. His 6,465 receiving yards rank fifth.

With 26 catches and 842 receiving yards this season, Kelce can move into second place in both categories in club history behind Hall of Fame tight end Tony Gonzalez. Gonzalez finished his Chiefs’ career with 916 catches for 10,940 yards.