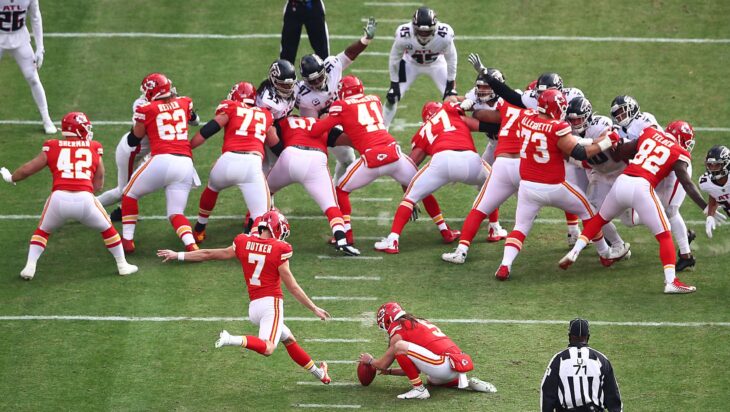 Special teams plays can put an NFL team through a roller coaster of emotions, and Chiefs coordinator Dave Toub needs to look no further than to last year’s Divisional Round playoff game between the Chiefs and the Houston Texans.

A blocked Dustin Colquitt punt and a muffed punt by Tyreek Hill helped the Texans build a 24-0 lead over the Chiefs, but Toub’s group responded. A 58-yard kickoff return by Mecole Hardman and two huge plays by Daniel Sorensen — first stuffing a fake punt attempt and then forcing a fumble on a kickoff. That helped turn the deficit into a 28-24 lead which the Chiefs never relinquished in a 51-31 victory.

“I always say special teams plays are worth like two plays of offense and two plays of defense on one play,” Toub said Thursday. “We lived it. We gave up obviously two big plays, bad plays, but then we backed it up with three great plays. We ended up coming out on top. That’s the thing, you just keep on playing.”

Heading into Sunday’s Divisional Round showdown with Cleveland, Toub is happy with the state of his special teams squad.

“I was really happy with the guys the way they all competed and they played during the season,” Toub said. “The key now is to keep getting better.”

Statistically the Chiefs’ special teams units ranked unevenly in the 2020 season. The club ranked fourth in the league in averaging 25.8 yards on kickoff returns yet the punt return unit ranked 26th while netting just 5.8 yards per return.

Byron Pringle led the way on kickoff returns, average 32. 4 on 10 returns, including a 104-yard return for a touchdown against Denver in Week 7. Hardman averaged 7.0 yards on 25 punt returns including a 67-yard romp for a score at Miami in Week 14.

Hardman muffed a punt that proved critical in the team’s 38-21 loss to the Los Angeles Chargers in Week 17 but Toub reiterated that Hardman remains their top choice on punt returns.

“It’s hard to see it on tape but he’s so much more in tune to what’s going on, what punters are doing and what they’re trying to do to him,” Toub said. “All the little small details that you really can’t see as a fan or as a normal person watching the tape, he’s catching on, he’s doing really very well with that. He’s getting better.”

That said, Hill remains in the mix as a return if the Chiefs need him.

“He’s a guy that we know can come in and do a great job for us catching,” Toub said. “He’s the best catcher we have on our team. He’s always an option. Demarcus Robinson, he’s an option. But right now Mecole’s our No. 1 guy.”

Toub uses a point system to reward special teams players for key plays and keeps track of the standings. Daniel Sorensen and Marcus Kemp are among those who’ve claimed the title in past seasons. Ending the regular season, backup safety Armani Watts led the way for his consistent play on all four phases of kick and punt teams, both coverage and return units.

“He was solid, Pringle was solid,” Toub said. “Our four-phase guys were great. Obviously Doran O’Daniel was running away with it until he got hurt, and then he got hurt and he missed those last few games.

O’Daniel missed the last five games of the regular season with a high-ankle sprain but appears poised to appear in the postseason. The Chiefs designated O’Daniel for return from injured reserve during Week 17, and the club has a roster spot available for him for this weekend.

Toub also certainly has reason to be comfortable with his kicker and punter. After some early season misfires on points after touchdowns, Harrison Butker has hit 22 straight PATs. He missed only two field goal attempts all season, one from 42 yards and another from 48.

This week the Chiefs brought back Dustin Colquitt to the club’s practice squad, which Toub says bolsters his special teams even further.

“He’s going to help Tommy down the stretch here,” Toub said, “and he’s helping our football team because of three teams that are left in the AFC, there’s two left-footed punters that are left, and he’s giving us those looks during practice. We catch the left-ball rotation for our returners, a live ball which is better than catching off of Juggs (machine). He’s been a real asset having him on the practice squad right now.”

Colquitt also provides insurance if the Chiefs were to lose either Butker or Townsend due to injury or COVID-19 protocols. Toub even has a backup plan if the club lost the services of long snapper James Winchester.

“Travis Kelce is a guy that could come in,” Toub said. “In a game, if something happened to James, he would be our guy, and we wouldn’t bat an eye at putting him in there. We feel pretty good there.”

The Chiefs enter the postseason defending their Super Bowl title from a year ago, but Toub made it clear where his focus and priorities lie right now.

“We have three games in front of us, that’s where we’re looking at it,” Toub said. “We’ve got to get better each game.”