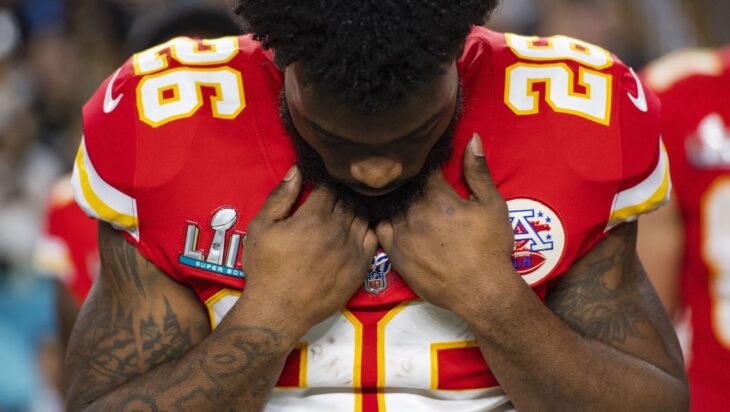 KANSAS CITY, Mo. — Forced to make a decision between returning to the Super Bowl champions for another run at a title or supporting his mother through her battle against cancer, Chiefs running back Damien Williams said it was a difficult but straight forward decision to opt out of the 2020 season.

“For me, it was just kind of cut straight simple right to it,” Williams said in an interview Thursday with SiriusXM NFL Radio. “I’m dealing with a family matter. My mom was just diagnosed with cancer, and it’s stage IV. There was no other. That was my decision.”

Williams’ mother, Virleanna Alexander, worked full-time as a paralegal while raising Damien and his younger brother. With all the sacrifices his mother made for him growing up, he felt it time to make a sacrifice for her right now.

“With everything that was going on, she was the only one there for me,” Williams said. “I never had an opportunity to have my dad there. My mom is my rock, my everything. During a hard time like this, I think I should be next to her every step.”

Williams is the second Chiefs player to opt out of the 2020 season. Right guard Laurent Duvernay-Tardif announced his intention to opt out last week, choosing to remain at home in Montreal working in a long-term care facility.

Tight end Travis Kelce said he understood the rationale from both of his teammates.

“It hurts, man, it hurts,” Kelce said. “But at the same time, you can obviously respect both of their decisions. Love those guys, it doesn’t make me feel a grudge about either one of them. I totally respect what they’re doing.”

In a typical season, Williams wouldn’t necessarily face an either-or decision. But his mother’s cancer diagnosis puts her at-risk for COVID-19. The challenges arising from the pandemic with Major League Baseball and the Miami Marlins this week underscores the risk professional athletes can take while also putting their friends and families at risk.

“It was hard,” Williams said. “I sat down, talked to everybody in my circle, family and everybody close to me. My mom, she was just like, ‘Whatever decision, I’m behind you.’ But at the end of the day, it’s hard. Football is my life, especially coming off a championship and wanting to do a repeat, which I know they’re going to handle that.

“But at the end of the day, it’s just something personal I have to handle.”