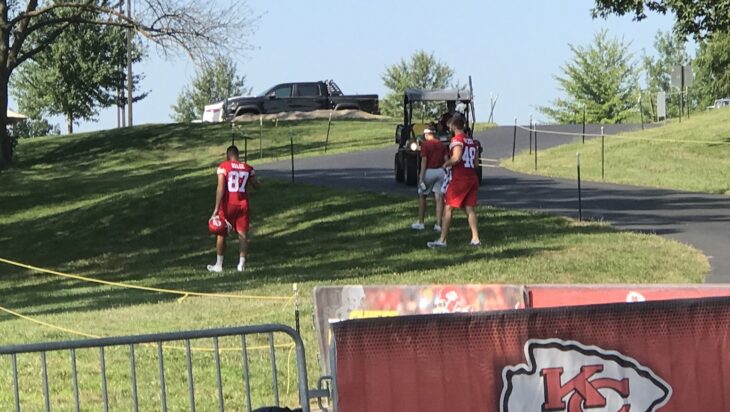 The 31-year-old Kelce walked up the hill toward the locker room just under an hour into the workout. He was accompanied by fellow tight end Nick Keizer, who is on the non-football injury list due to back spasms.

Kelce did not appear in the seven-on-seven period of practice that started shortly prior to his departure. The move appears to be a precautionary measure at this point.

The absence of Kelce and Keizer left the Chiefs with just four healthy tight ends on the field. Seventh-year veteran Blake Bell and this year’s fifth-round draft pick Noah Gray picked up the bulk of the work with the first team on Thursday. Jody Fortson and Evan Baylis round out the group.

Linebacker Anthony Hitchens did not practice Thursday after tweaking his hamstring. Safety Armani Watts (foot) and defensive end Malik Herring (knee) remain on the physically unable to perform list. Long snapper James Winchester and running back Darwin Thompson are on the COVID-19 list.