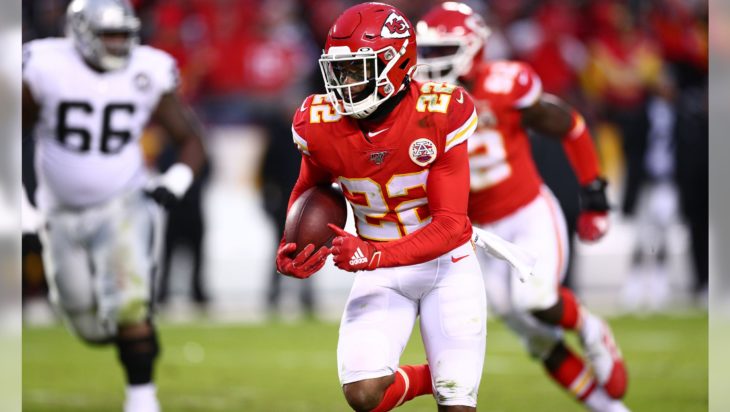 KANSAS CITY, Mo. — Juan Thornhill saw his rookie campaign come to an end with a torn ACL in the season finale against the Los Angeles Chargers but the Chiefs safety says he’s on target to return to the field in time for the opening of training camp in July.

“Finally got my full range of motion,” Thornhill said following an autograph signing at MO Sports in Kansas City Wednesday night. “They say I should be ready for camp. That’s always good news. But I feel like for the most part, everything is going pretty well.”

Thornhill never had a problem with his left knee before going down with the non-contact injury but he quickly understood what occurred.

“Once it happened I felt the pop and I pretty much knew what it was immediately,” Thornhill said. “I was hoping that I was going to get good news but I really knew what it was.”

Thornhill traveled to Dallas for surgery and that’s where he watched his teammates in postseason wins over Houston and Tennessee. He traveled to Miami for the Super Bowl and watched from the stands with his girlfriend.

“Pretty much the whole game I was just sitting there really quiet because I was upset that I wasn’t playing and I was really nervous hoping that we were going to win the game,” Thornhill said. “That could have hurt me a lot if we would have got to the Super Bowl and then didn’t win it. When the game was over I was really excited because we won the Super Bowl and it was definitely a great time.”

“It’s always special when you’re a Super Bowl champion so I can’t complain about that,” Thornhill said. “But at the same time, I’m super hungry to get back out there because I want to get back to a Super Bowl and actually be able to play in that game because this is a dream of mine that I’ve always had as a kid.”

The Chiefs return to Kansas City next month for the beginning of the club’s offseason program but Thornhill’s work is already underway. He’s continuing the rehabilitation on his left knee so he can return to the field fully healthy and build upon a successful rookie season.

“You could see me each week getting better and better every single week,” Thornhill said. “By the end of the season I felt pretty comfortable out there and I started to make a lot more plays just because I knew our defense a lot more and it just allowed me to play a lot faster. I’m really excited to get back and pick up where I left off.”