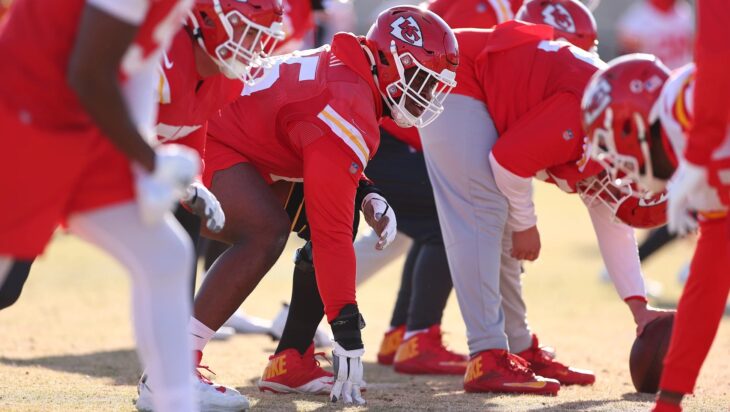 KANSAS CITY, Mo. — The Chiefs have a lengthy injury report ahead of their Week 13 rematch with Cincinnati but it looks like wide receiver Kadarius Toney will be the only player out when the club visits the Bengals on Sunday.

Toney, who has been dealing with a tight hamstring that cropped up against the Los Angeles Chargers in Week 11, was ruled out by head coach Andy Reid on Friday.

Safety Deon Bush, who suffered an elbow injury Sunday against the Rams last week, is listed as questionable. He was limited in practice this week while wearing an arm brace on his right elbow.

Running back Jerick McKinnon who has also been dealing with a hamstring strain, returned to practice on Friday after sitting out the past two days. He was a full participant in Friday’s indoor workout.

“I think he’ll be up through,” Reid said “He’s making progress.”

“I think so, they practiced, so I’m sure they’re ready to go,” Reid said.