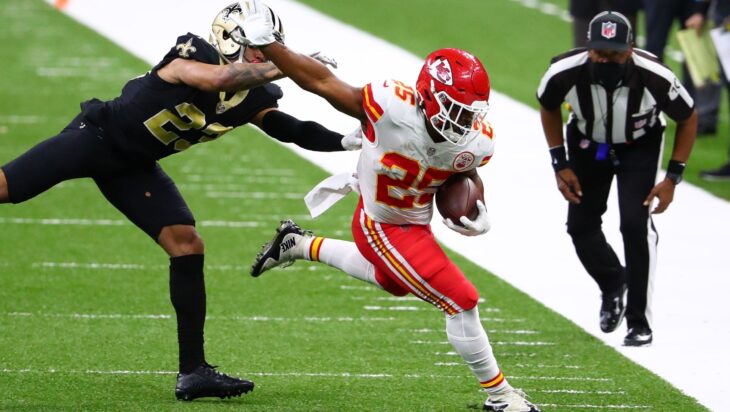 The Chiefs will be without the services of wide receiver Sammy Watkins and linebacker Willie Gay in Sunday’s Divisional Round matchup with the Cleveland Browns but head coach Andy Reid holds out the option that running back Clyde Edwards-Helaire could return from a high-ankle sprain.

“A couple of days ago he moved around real well,” Reid said of Edwards-Helaire, who didn’t practice with the club Thursday or Friday. “Then we just kind of backed off him. He’s still doing stuff, just not with the group. We’ll just see how he does here. We’re literally taking it day-day-day, see how it rolls.”

The absence of Edwards-Helaire would mean larger workloads for Le’Veon Bell and Darrel Williams. The Browns defense ranks ninth in the league against the run, allowing an average of 110.8 yards per game.

The Chiefs know they will be without Watkins, who continues nursing a calf injury, and linebacker Willie Gay, who was expected to miss two-to-four weeks with a high-ankle sprain suffered in Week 17. The club also listed backup tight end Deon Yelder as questionable with a groin injury.

Kansas City could see the return of a key special teams player. Linebacker Dorian O’Daniel was designated to return from injured reserve on Dec. 30 with an ankle injury and has practiced with the team the past two weeks. The Chiefs have an open roster position for O’Daniel. The Chiefs could also elevate up to two players from the practice squad on Saturday for the game.