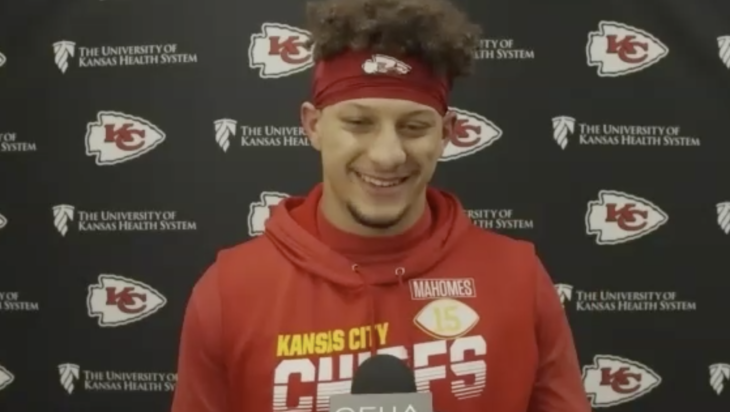 “I actually just got out of the protocol,” Mahomes said following the team’s Friday afternoon practice. “The week has been a bunch of testing, a bunch of different things to make sure that I’m good to go and there’s no lingering effects or anything like that. But everything’s been good and I went through everything three, four different doctors have said, and everything’s looked well and I’m out of it now.”

Mahomes said he doesn’t feel the injury will restrict him against the Bills in the AFC title game on Sunday.

“Going to the doctors, talking to all the doctors and going through the test, we have the belief that (there) will be no longer effects and I’ll be able to go out there and be myself and be who I am every single week,” Mahomes said.

Mahomes was limited in practice this week, although head coach Andy Reid said his quarterback took the majority of starter snaps during Thursday’s practice. Mahomes carries no game-day injury designation on Friday’s injury report, and Reid has no concerns about Mahomes playing Sunday without a full week of practice.

“He’s good, he knows the offense well enough and has had enough reps where he’d be fine if everything works out OK here,” Reid said. “He should be fine.”

Reid said before Mahomes’ announcement that both his quarterback and cornerback Bashaud Breeland were progressing through the league’s return-to-participation protocol but appeared close to return to full football activities.

“They’ve been poked and pronged and done everything here, tested and retested,” Reid said. “They’ve got to go back through and do that now, the final one, and just see where we’re at. They’ve done well and look and act normal since they’ve been out here.”

Mahomes also suffered a toe injury during the team’s Divisional Round win over the Cleveland Browns, but the quarterback says that’s “feeling a lot better.”

“The next day was very sore, and every single day since then it’s gotten a lot better,” Mahomes said. “It’s stuff that you deal with being a football player, you deal with injuries. Luckily enough for me this wasn’t as bad as it looked and it felt that day of and the day after.”