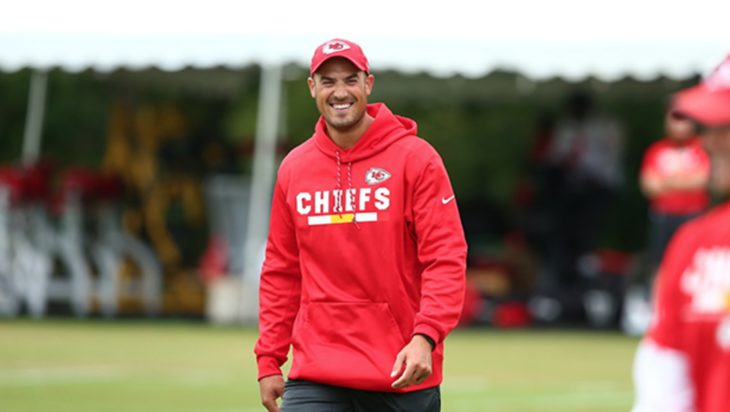 KANSAS CITY, Mo. — Andy Reid’s coaching staff will look much the same in 2020, with just one new face joining staff and one returning coach earning a promotion.

The club added the title of passing game coordinator to the duties of quarterbacks coach Mike Kafka while bringing on board longtime Missouri assistant coach Andy Hill as assistant special teams coach.

The 32-year-old Kafka continues to his meteoric rise that began when he joined the club in 2017 as an offensive quality control coach. His duties that season centered primarily on working with then-rookie quarterback Patrick Mahomes in his acclimation to the league. Kafka spent his first season as quarterbacks coach in 2019. Kafka entered the NFL in 2010 as a fourth-round selection by the Philadelphia Eagles under Reid.

Hill comes to Kansas City via Missouri, where he spent the past 24 seasons in a series of roles coaching wide receivers, quarterbacks and special teams. He spent two seasons as co-offensive coordinator for the Tigers in 1999-2000. He was promoted to associate head coach in 2013, and also coached special teams the past two seasons.

Much of Hill’s time at Missouri was spent working with receivers, where he coached former Chiefs receiver Jeremy Maclin as well as fellow first-team All-American Danario Alexander. He served on the Missouri staff for five seasons alongside his new boss, Chiefs special teams coordinator Dave Toub.

Hill replaces Rod Wilson, who departed the Chiefs to join Will Muschamp’s staff at South Carolina as linebackers coach.