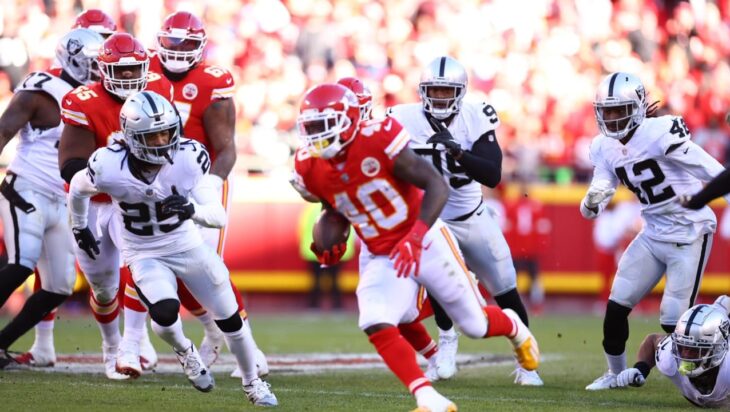 KANSAS CITY, Mo. — The Chiefs made their final moves to reduce their roster to 80 players ahead of Tuesday’s 3 p.m. central time deadline, placing running back Derrick Gore on injured reserve and moving offense tackle Lucas Niang to the reserve/physically unable to perform list.

Gore suffered a fractured thumb in Saturday’s preseason win over the Chicago Bears. He was competing for one of the final spots in the backfield after last year’s breakout season when he averaged 5.0 yards per carry in limited duty.

The move likely ends Gore’s season with the Chiefs, although there are scenarios where if healthy he could later land with another club or even return to the Chiefs. That would require the Chiefs to expose Gore to waiver claims from other clubs.

Niang started training camp on the physically unable to perform list as he continues recovering from a patellar tendon injury suffered in January. Moving Niang from the active version of the PUP list to the reserve version means he will miss at least the first four weeks of the season. The Chiefs can activated him from the PUP list once he is medically cleared, opening a three-week during which he can practice before returning to the active roster.

The next roster reduction deadline is 3 p.m. central time, Tuesday, Aug. 30, when all NFL clubs must reduce their roster from 80 to 53 players.