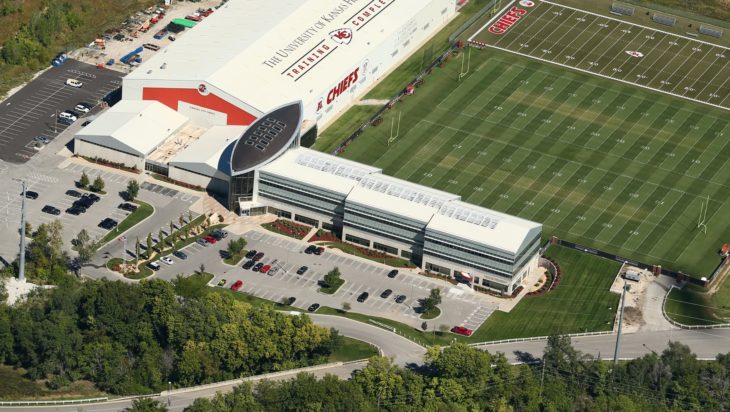 KANSAS CITY, Mo. — The Chiefs reopened the doors of the club’s training complex near Arrowhead Stadium on Tuesday to some non-essential employees, the first day the club was allowed to do so under NFL coronavirus protocols.

The return of non-essential employees to the facility does not include coaches or players except for players who are undergoing medical treatment or rehabilitation. Strength and conditioning coaches are allowed to work in the facility if working with rehabbing players.

The Chiefs initially closed their training complex and team headquarters to non-essential employees on March 16. The NFL later closed all team facilities on March 25 to ensure clubs operated on a level playing field.

NFL commissioner Roger Goodell sent a memo to teams on May 15 allowing teams to reopen their facilities on May 19 if allowed to do so under state and local regulations. The first phase is intended to slowly introduce employees back to the facilities with the state goal of returning coaches soon after in a second phase.

The league’s guidelines limit teams to no more than 50 percent of staff permitted in the building up to a maximum of 75 employees. The league allows staff members in personnel, football operations and administration to return to facilities, including equipment staff, medical staff and nutritionists.

Retail and other customer-facing activities are not allowed to open in this first phase. That includes the team’s ticket office at Arrowhead Stadium and the club’s team store, which will remain closed until further notice.

Goodell said in the memo he will continue working with the NFL Players Association and the league’s medical team in determining the next steps toward opening facilities further.

“The first phase of reopening is an important step in demonstrating our ability to operate safely and effectively, even in the current environment,” Goodell wrote in the memo. “After we implement this first phase, and as more states and localities enact policies that allow more club facilities to reopen, I expect that additional staff, likely coaching staff, will be allowed to return to club facilities in a relatively short time.”