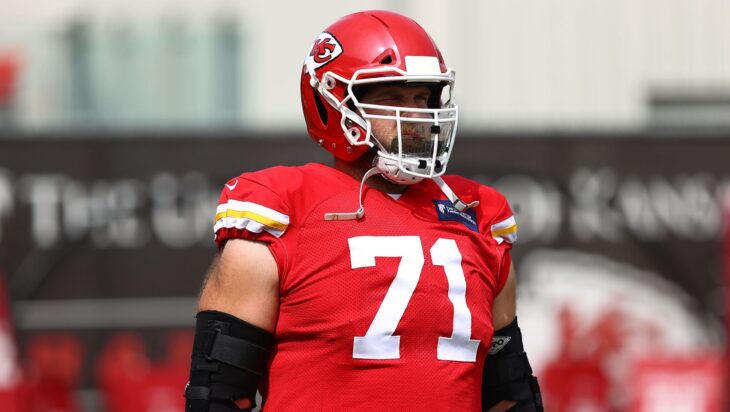 KANSAS CITY, Mo. — Rookie cornerback L’Jarius Sneed and veteran defensive end Alex Okafor returned to the active roster for the Chiefs on Saturday, providing the club’s defense with another valuable resource heading into their Week 11 showdown with the Las Vegas Raiders.

Charlton moving to injured reserve was expected after surgery this week on his fractured ankle performed by Dr. Robert Anderson in Green Bay. But the Chiefs have avoided sidelining Schwartz, who has missed the past three games with a back issue. The move to IR means Schwartz will miss at minimum three more games.

Hardman’s return would provide the Chiefs with reinforcements at receiver with Watkins out. Hardman was placed on the league’s COVID-19 reserve list on Nov. 11 and hasn’t practiced with the club since their last game against Carolina on Nov. 8.

Sneed went to injured reserve after fracturing his collarbone against the Baltimore Ravens in Week 3. The club returned the rookie to practice Nov. 4, and head coach Andy Reid liked what he saw this week in preparations for the Raiders.

“He’s looked good moving around, real good, actually,” Reid said after practice Friday. “We’ll see how he does and how many plays and all that, but there’s a pretty good chance he’s up (on Sunday).”

Sneed started the team’s first three games of the season, interception passes against Houston and the Los Angeles Chargers while breaking up three others and totaling 11 tackles. He injured his collarbone after landing hard on the ground in a diving attempt to intercept an overthrown pass from Ravens quarterback Lamar Jackson.

Without Sneed in the lineup in Week against the Raiders, the Chiefs surrendered 347 yards passing, including two big touchdown throws from Derek Carr to Henry Ruggs (72 yards) and Nelson Agholor (59 yards).

The club also elevated wide receiver Gehrig Dieter and offensive lineman Bryan Witzmann from injured reserve. They two will be active when the Chiefs face the Raiders Sunday night in Las Vegas.