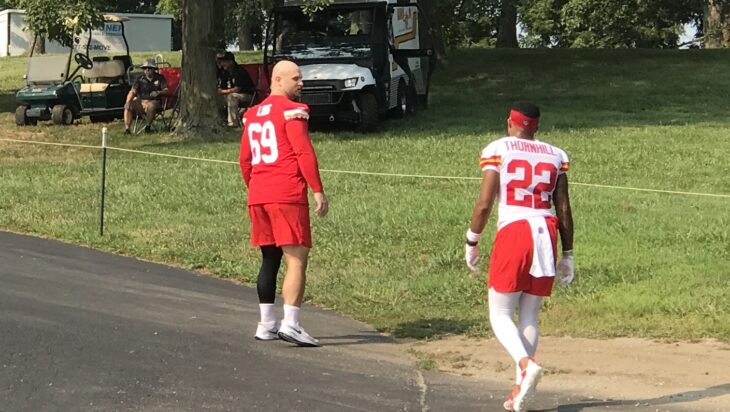 The severity of the injury wasn’t immediately known, although Thornhill did walk under his own power back up the hill toward the locker room.

The 25-year-old safety suffered the injury near the end of the first team period during the morning workout. He walked with an athletic trainer to the medical tent on the sideline, where he appeared to receive an examination involving his right leg. Thornhill then left practice and did not return.

It wasn’t all bad news for the club, however. Safety Armani Watts (foot) returned from the physically unable to perform list and practice for the first time during training camp. Tight end Travis Kelce participated fully after being limited with tightness in his back and hips.

Linebacker Anthony Hitchens (hamstring) took part in the conditioning period but did not join team workouts.

Offensive lineman Kyle Long (leg) remains on the physically unable to perform list while tight end Nick Keizer (back) and defensive end Malik Herring (knee) are on the non-football injury list. Running back Darwin Thompson is on the COVID-19 reserve list.