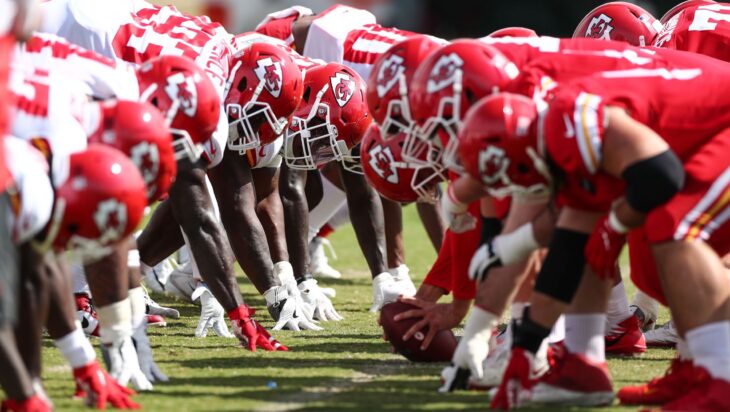 KANSAS CITY, Mo. — Another starter from the Chiefs’ Super Bowl starting lineup returned to the practice field on Wednesday with safety Juan Thornhill putting on the pads for the first time this season.

Thornhill started training camp on the physically unable to perform list as he returns from a torn ACL he suffered in the regular-season final against the Los Angeles Chargers. The Chiefs planned to work Thornhill back into the rotation slowly, and Wednesday marked the next step with a return to individual drills.

“He was limited today, but he’ll keep ramping up,” head coach Andy Reid said. “He sure had a good couple of workouts prior to getting activated again there. We think that’s a plus.”

Every football player needs a nickname, and Anthony Hitchens says rookie linebacker Willie Gay has already earned a new monicker from his teammates.

“We call him Turbo,” Hitchens said. “Sometimes he moves too fast.”

Gay might be moving fast but Hitchens said he’s also learning quickly. Gay is working as the Sam linebacker in the 3-4 base defense and also playing the Will linebacker in a substitution package.

“He’s learning and we’re all teaching him the ropes and he’s coming along well,” Hitchens said. “If you guys have been watching practice, he’s making plays. As long as we can keep having him do that, I think he can make our defense a lot better.”

Running back Clyde Edwards-Helaire has impressed through the early days of training camp, and count Hitchens among those praising the first-round rookie.

Edwards-Helaire showed that during Wednesday’s practice. During a 2-minute drill, Edwards-Helaire got the ball in space with Hitchens in front of him. The tight end blocking on the play rubbed Hitchens, which allowed the running back to cut back for a big gain.

“He got all the yards and he didn’t have to get out of bounds,” Hitchens said. “He knew he was thinking of the situation, so he could put back across the field. We eventually got him down and they kick a field goal.

Fellow running back Darwin Thompson said Edwards-Helaire has been a great addition to the team’s backfield.

“Drafting Clyde was a great addition to the room,” Thompson said. “We needed somebody with a different type of talent. It helps me work on my game, helps other running backs work on their game.”

Fans in the stands

The Chiefs unveiled on Monday they plan to have fans in attendance in opening the 2020 season with 22 percent of capacity at Arrowhead Stadium. Reid said he’s happy to see that development.

“I think that that’s a tremendous thing for our city here on moving forward,” Reid said. “Just like the team and us getting together, there’s going to be a certain discipline that’s going to need to take place with the fans. I know they will be ready to do that as they already have been.”

Hitchens said he has faith in the measures the Chiefs have established for practice and called it “a blessing” that family members and fans can attend games in September.

“I can’t speak for every team and organization, but I know we’re doing it the right way here and I think everything should pan out as long as everyone keeps doing their responsibilities of being safe,” Hitchens said.