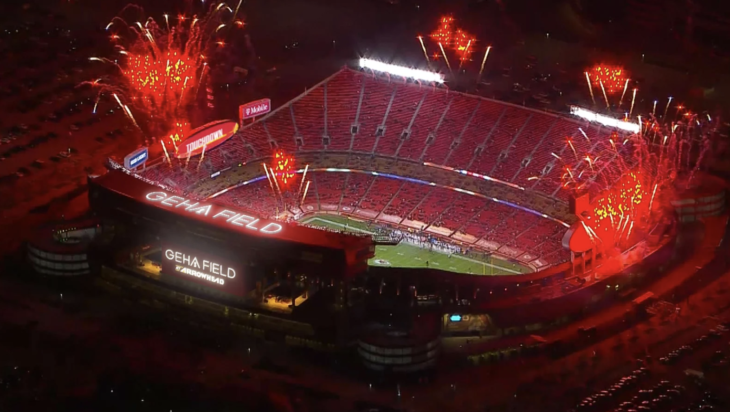 The Arrowhead name isn’t going away but this fall the home of the Chiefs will go by a new moniker, GEHA Field at Arrowhead Stadium.

The club and GEHA announced the sponsorship deal Thursday afternoon, ending a 15-year search for a naming rights partner for the Chiefs. Financial terms were not immediately available but the sponsorship agreement runs until Jan. 31, 2031, coinciding with the end of the club’s lease agreement with the Jackson County Sports Complex Authority.

Per the lease agreement with the Complex Authority, the Chiefs retain all revenues generated from obtaining a naming rights sponsor for the stadium.

Chiefs president Mark Donovan previously said retaining the Arrowhead identity was key to any naming rights deal, and he emphasized that commitment again in a statement Thursday.

“When we set out to find a partner for the field at Arrowhead, it was critical to identify a national leader that shares our core values, as well as a deep connection to the local community and respect for Chiefs Kingdom,” Donovan said. “Our relationship with GEHA over the last few years has only served to reinforce the alignment between our two organizations and proven their strong, long-standing relationship with the local community. This expanded partnership will continue to build lasting health and wellness programs that support the team, GEHA and our community.”

GEHA first entered into a partnership with the Chiefs in 2019, sponsoring the Drum Deck added to the stadium that season along with other content in conjunction with the club. Quarterback Patrick Mahomes also signed on as an official brand partner for GEHA, appearing in advertisements for the company.

Expanding the sponsorship agreement to including the field naming rights at Arrowhead Stadium was a natural extension of the partnership, said GEHA chief growth officer Shannon Horgan.

“Through our relationship with the Chiefs, we have been able to accelerate awareness of GEHA’s mission, the breadth of our provider networks, and the quality of our health plans,” Horgan said. “The opportunity to grow our brand helps us reinvest in the families and individuals we serve and will be an invaluable benefit to current and future GEHA members. Expanding this partnership will help GEHA do what we do best – serve those who serve us.”

The Chiefs plan to begin integrating GEHA branding in the stadium’s signage in the coming months ahead of the 2021 season, which mark the club’s 50th season at Arrowhead Stadium.