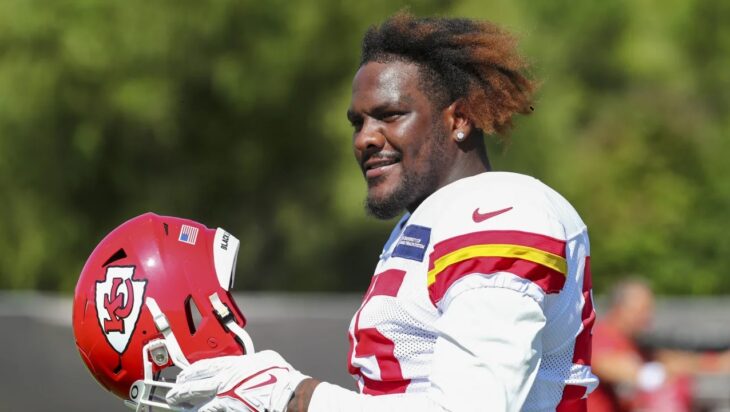 KANSAS CITY, Mo. — After missing all three preseason games and the Week 1 opener against the Cleveland Browns, Chiefs defensive end Frank Clark sat out Friday’s practice in preparation for the Los Angeles Chargers with yet another hamstring injury.

Clark suffered the injury during practice on Thursday, and head coach Andy Reid noted it’s a separate injury from the hamstring issue that limited Clark during training camp and the preseason. Cornerback Charvarius Ward also sat out practice Friday due to a strained quad, leaving the status of two defensive starters in question heading into Sunday’s contest.

The club listed Clark as doubtful for the Chargers game while Ward is questionable.

“Both of them are getting treatment, we’ll just have to see where we go from there,” Reid said after practice Friday.

Defensive end Chris Jones is also listed as questionable for Sunday’s game. Clark was limited in practice this week due to a wrist injury suffered last week against the Baltimore Ravens. Linebacker Anthony Hitchens resumed a full workload on Thursday after having a genetic cyst removed on Monday.

The Chiefs played in Week 1 without Clark, the Chiefs used a rotation including more snaps from Mike Dana and Joshua Kaindoh to fill the void. If the club is forced to play without Ward against the Chargers, Mike Hughes and Rashad Fenton would likely see the bulk of increased playing time along with Deandre Baker, who has not been active for the first two games of the season.