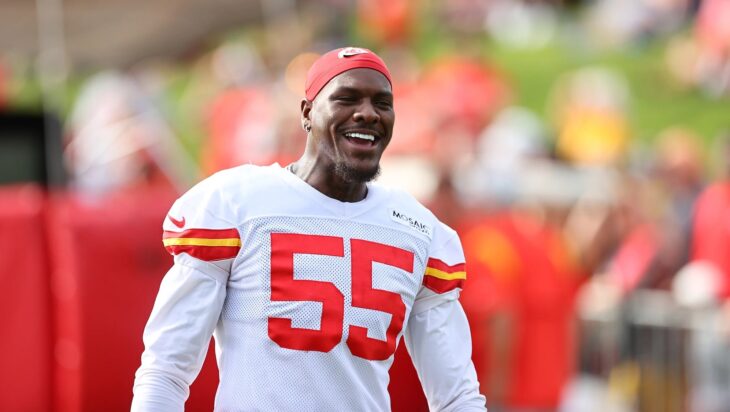 KANSAS CITY, Mo. — Chiefs defensive end Frank Clark entered a plea of no contest on Thursday to a pair of misdemeanor gun charges in Los Angeles, resolving a legal issue looming over him for more than a year.

Clark was given a year of informal probation and ordered to perform 40 hours of community service, according to CBS Los Angeles. He is due back in court on March 29 to confirm he’s fulfilled the terms of the sentence.

Clark previously hosted four free youth football camps as requested by the judge overseeing the case, according to The Kansas City Star.

The no-contest plea to two counts of misdemeanor possession of an assault weapon resolves two arrests for Clark in March and June of 2021, involving alleged illegal possession of a firearm following traffic stops.

With the criminal case against Clark concluded, the NFL may now consider any possible disciplinary action against him under the league’s personal conduct policy. An NFL disciplinary officer will decide if Clark should be subject to a fine, suspension or community service or a combination of penalties. The league may also decide to impose no discipline on Clark.

Clark did not practice with the Chiefs on Thursday due to what the club termed as an illness. The team had no comment on Thursday with head coach Andy Reid scheduled to hold a regularly scheduled press conference on Friday.