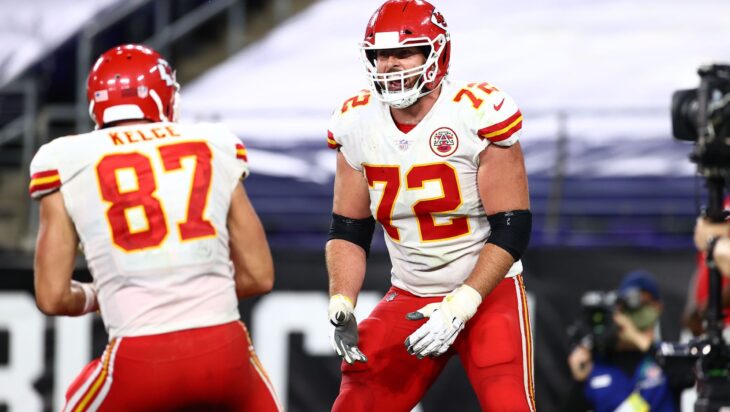 “He did a nice job today,” Reid said of Fisher, who is officially listed as questionable for Sunday’s trip to New Orleans. “We’ll just see how he feels this evening and into tomorrow but he moved around good today. He is a tough kid, he’s very reliable and that’s been part of his career here. You can trust that he’s going to do everything possible to be out there.”

Fisher’s availability on Sunday would ease concerns for the Chiefs offense, which practiced without both of their current starting tackles on the past two days.

Right tackle Mike Remmers was one of three players who didn’t work out Friday, along with linebacker Damien Wilson (knee) and running Darwin Thompson (non-COVID-19 illness). The club has already ruled Wilson and Thompson out for Sunday’s game.

Remmers left last week’s game with what Reid termed as tightness in his back. While the veteran didn’t practice this week and is listed as doubtful for the contest, Reid didn’t rule out the veteran entirely for this weekend.

“Remmers is getting better but we’ll wait and see how that all works out,” Reid said.

If Remmers can’t play Sunday, rookie Yasir Durant expects to draw the starting assignment at right tackle. With Fisher also nursing a back injury, however, the backup rotation behind Fisher and Durant remains unknown. Martinas Rankin possesses the most experience at tackle, yet he has yet to play a snap this season after returning to the active roster Nov. 10 following season-ending injury knee surgery last year.

“If Remmers can’t go, then we’ve got guys who have played in the league and can step in and play,” Reid said.