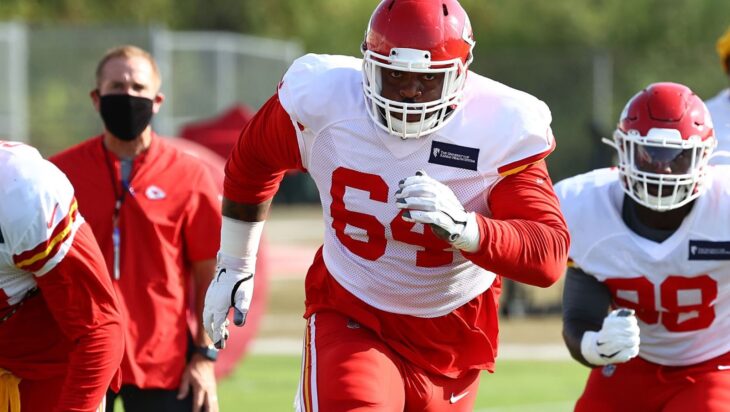 KANSAS CITY, Mo. — Chiefs defensive tackle Mike Pennel will start the 2021 season on the sidelines after receiving a two-game suspension from the NFL on Tuesday.

The exact nature of the suspension was not revealed but Pennel hinted at the cause in an apology message posted to social media.

“I am truly sorry and ask for your grace and forgiveness. I promise to return with a vengeance in our journey to RunItBack!”

The suspension means Pennel will miss the team’s season opener against the Houston Texans and the Week 2 visit to the Los Angeles Chargers. He will return for the Week 3 contest at the Baltimore Ravens on Monday Night Football. Pennel received two separate four-game substances from the league during the 2016 season for violations of the NFL’s substance-abuse policy while with Green Bay.

Word of the suspension first came from defensive coordinator Steve Spagnuolo, who indicated last Monday he expected the club to start the season without Pennel due to a suspension. Head coach Andy Reid declined to address the matter until the league made the suspension official. Reid meets with reporters for a video press conference on Wednesday.

The 29-year-old Pennel reinvigorated both his career and the Chiefs’ run defense with his mid-season arrival in 2019. He collected 24 combined tackles and picked up the second sack of his career in just eight games. The Chiefs lost to Green Bay in his first game with the club but didn’t lose again the rest of way with Pennel in the lineup, a string of 10-straight wins including the postseason.

Pennel projects as part of the rotation at defensive tackle this season behind starters Chris Jones and Derrick Nnadi. With Nnadi returning from offseason ankle surgery, however, the absence of Pennel shortens the club’s depth along the interior defensive line opening the season. Khalen Saunders joins Pennel as a backup with Devaroe Lawrence and Braxton Hoyett also battling for roster spots.

Pennel joins cornerback Breeland Speaks who will start the season on the suspended list. Breeland last week officially received a four-game suspension for violation of the league’s substance-abuse policy.