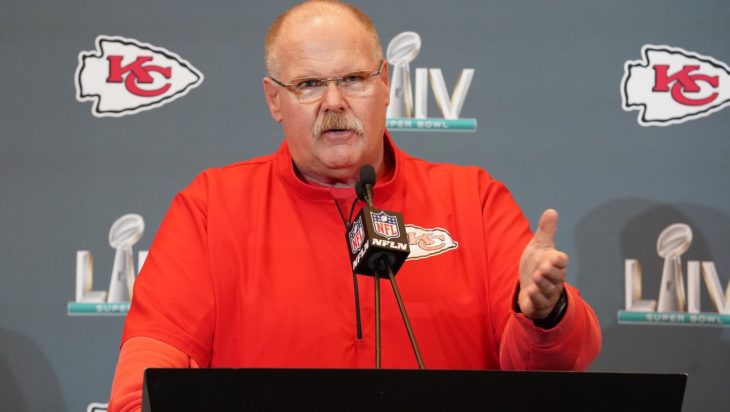 MIAMI — The Chiefs seemingly dealt with an endless supply of injuries throughout the season, yet before the biggest game of the year the club turned in its cleanest injury report since Week 1, which is good news for general manager Brett Veach.

“We’ve had musical chairs with some guys and fortunately our training staff did a great job,” Veach said Wednesday. “They were able to get these guys back on track. Now we’re kind of hitting this thing on all cylinders and we’re ready to go. Hopefully, we’ll just get through the practice here and get everybody to the gate and I think we’ll be in good shape.”

All 53 players on the active roster practiced in full on Wednesday as the team starts its final workouts before facing the San Francisco 49ers in Sunday’s Super Bowl. That includes defensive tackle Chris Jones, who has been dealing with a calf injury, and tight end Travis Kelce, who continues nursing a bruised knee.

Only two other players appeared on the Wednesday injury report. Center Austin Reiter remains a full participant after injuring his wrist in Week 16 at Chicago. Backup tight end Deon Yelder was a new addition to the report with a sore Achilles, but he also practiced in full.

It was a regular Wednesday practice for the Chiefs without helmets or pads, according to the pool report by Dan Pompei of the Pro Football Writers of America.

The Chiefs are practicing at the Baptist Health Training Facility, the practice home for the Miami Dolphins. Head coach Andy Reid said he’s pleased with the fields, facility and hospitality.

“The people here have been great, and the Dolphins people have been phenomenal,” Reid said.

After practice, Reid invited Fox Sports broadcaster Jimmy Johnson to speak to the team. Early this month Johnson was selected as one of the newest members of the Pro Football Hall of Fame.

Full participation: All others