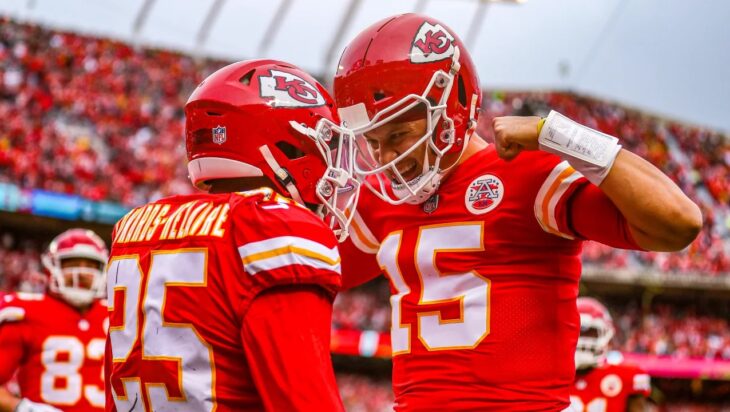 KANSAS CITY, Mo. — The injured shoulder of Chiefs running back Clyde Edwards-Helaire hasn’t made enough progress to allow him to play in Sunday night’s Wild Card Weekend game against the Pittsburgh Steelers.

Head coach Andy Reid ruled out Edwards-Helaire after he didn’t practice on Thursday or Friday. He was the only Chiefs player who didn’t practice during Friday’s workout.

The club listed running back Darrel Williams (toe) as questionable after a limited practice on Friday. Wide receiver Tyreek Hill (heel) was a full participant after limiting his workout Thursday, Both players, however, expect to play Sunday night barring any last-minute setbacks, Reid added.

“We should be good to go from there,” he said.

If Williams can play, he’ll join a backfield including Derrick Gore, Jerick McKinnon and fullback Michael Burton. Gore averaged 5.0 yards per carry during the regular season while picking up 256 rushing yards with two touchdowns, McKinnon is coming off his most prolific game of the season last week against Denver, picking up 24 rushing yards on five carries and catching three passes for 26 yards and a score. The Chiefs can also elevate running back Elijah McGuire from the practice squad if needed for Sunday’s game.

Reid said defensive end Frank Clark was a full participant despite an initially he wasn’t on the field during the portion of practice open to the media,

The Steelers will appear to have their starting running back in the lineup Sunday night after Najee Harris returned to the practice field Friday. Harris was a full participant after sitting out the past two days due to an elbow injury. He told reporters Friday he received a platelet rich plasma injection during the team’s Week 18 contest against Baltimore that allowed him to remain in the game.

“My adrenaline was already pumping,” Harris told reporters Friday. “I knew I’m not going to re-feel this pain the next couple of minutes. I waited whatever quarters it was and then they tried to put this brace on me, but I can’t play with a brace because I can’t really fold my arm too much for ball security. So I was just like man, just put some tape on it, and I got back in there.”

OUT: None
DOUBTFUL: None
QUESTIONABLE: RB Najee Harris