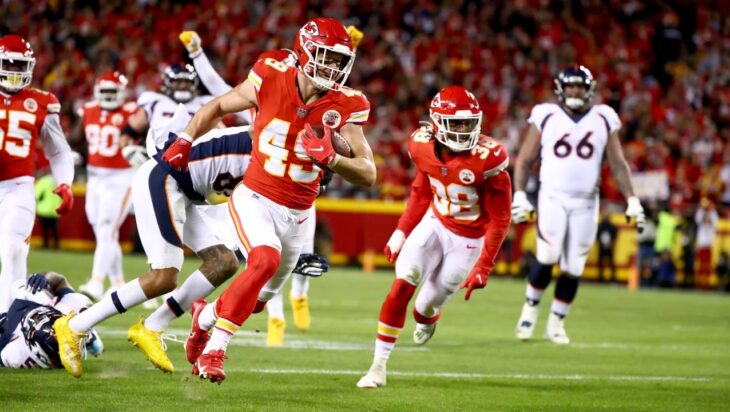 KANSAS CITY, Mo. — It’s been 14 years since the NFL last scheduled a Saturday game during the final week of the regular season. Back then, however, teams had eight months notice of the short turnaround – the Chiefs and Broncos received the news less than six days before they have to take the field on Saturday afternoon.

Chiefs head coach Andy Reid didn’t criticize the scheduling quick on Tuesday but he certainly doesn’t sound like a big fan of the change.

“I guess COVID has helped us in that area, being able to hang in the box and swing at curveballs and not bail out,” Reid said Tuesday as his team hit the practice field a day earlier than originally planned. “We’re a little bit use to the sudden change.”

Linebacker Anthony Hitchens said the team has to roll with the punches.

“It’s football, you’ve got to be able to adjust in this day and age, whether it’s COVID issues or flexing games and switching games and things like that,” Hitchens said. “We’re ready. Coach Reid did an amazing job taking care of our bodies the second half of the season, so when Saturday rolls around, we’re going to be ready to roll.”

It could have been even less notice — the NFL originally planned to reveal the doubleheader schedule after Monday night’s game between Cleveland and Pittsburgh. Teams protested, however, and the league instead unveiled the lineup at the end of NBC’s Sunday Night Football broadcast.

The late announcement meant Hitchens and many of his teammates didn’t learn of the change until they awoke Monday morning.

“I think we all found out at the same time, yesterday, I think for most – early yesterday to be honest,” Hitchens said.

Broncos head coach Vic Fangio adjusted his team’s schedule after learning of the switch, choosing to eliminate one day of practice with his team dealing with a rash of injuries and COVID-19 issues.

“Yes, we found out late last night that the game got changed, so we’re going to have some meetings tomorrow afternoon with the players—just meetings—and then Wednesday and Thursday we’ll have practices,” Fangio said Monday.

The schedule change affects more than just players and coaches. It will certainly put a crimp in the plans for many fans, including Chiefs fans planning to travel to Denver. Reid points out that moving the game from Sunday to Saturday means adjustments for virtually everyone in the organization.

“I’m talking about from (team president) Mark Donovan on down to all of us, everybody’s got to move things around and organize,” Reid said. “We’re lucky to have a good organization with guys that like to work, (general manager) Brett Veach and so on, all the guys, the heads of their department really bust their tail to make sure it goes smooth. As a head coach I appreciate that.”

Hitchens found one bright spot in the change coming after Sunday’s disappointing loss at Cincinnati.

“To be honest, we lost, I’m kind of glad we can get back at it real quick and we can get rid of that loss and turn the page,” Hitchens said.