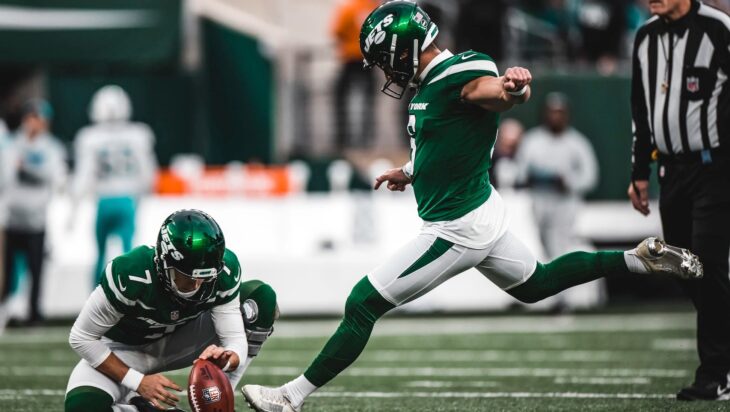 KANSAS CITY, Mo. — The Chiefs used a standard elevation on kicker Matt Ammendola and cornerback Dicaprio Bootle from their practice squad Thursday afternoon of tonight’s contest against the Los Angeles Chargers, addressing their kicker situation with the absence of Harrison Butker.

The Chiefs on Wednesday ruled out Butker, who sprained his left ankle in Sunday’s win over the Arizona Cardinals. The club signed Ammendola to their practice squad on Tuesday. The 25-year-old Ammendola has had stints with Carolina, the New York Jets and Houston since entering the league as an undrafted free agent from Oklahoma State in 2020.

Ammendola played in 11 games for the Jets last season, connecting on 13 of 19 field goal attempts (68.4%) but he was perfect on 11 kicks inside 40 yards. Ammendola was less consistent from longer distances, hitting 2-of-5 tries from 40 to 49 yards and missing three attempts from beyond 50. He also converted 14-of-15 extra point attempts.

Bootle had a whirlwind week, signing with the club’s practice squad on Tuesday and earning elevation two days later. Bootle was waived by the Chiefs during the cutdown to 53 players on Aug. 31. He had been a free agent until rejoining the Chiefs on Tuesday.

The 24-year-old Bootle played in three games with the Chiefs last season, collecting eight total tackles He played 27 snaps on defense and 19 snaps on special teams.