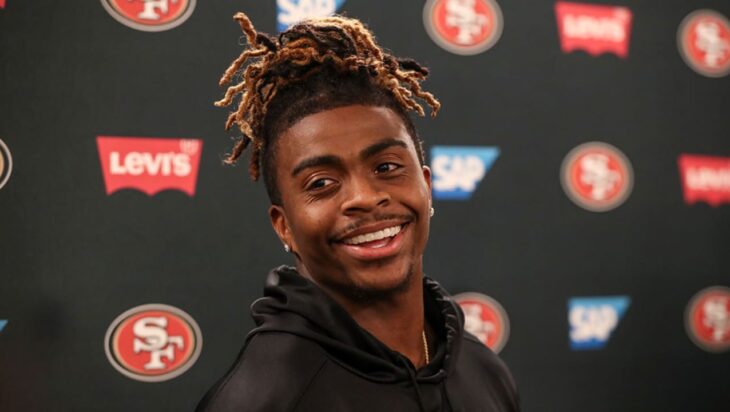 The Chiefs front office took time of the draft preparation to add to their running back stable on Friday afternoon, agreeing on a one-year deal with free agent Jerick McKinnon, as first reported by Peter Schrager.

McKinnon rushed for 319 yards and five touchdowns for the 49ers last season. An effective pass catcher out of the backfield throughout his NFL career, McKinnon caught 33 passes for 253 yards and a score during 2020.

The 5-foot-9, 205-pound McKinnon turns 29 on Monday. He entered the NFL in 2014 as a third-round selection for Minnesota from Georgia Southern. He shined in primarily a backup role in four seasons for the Vikings, averaging 4.0 yards per carry and tallying a career-best 991 yards from scrimmage in 2017.

McKinnon signed with a four-year, $30-million free agent deal with San Francisco in 2018. Unfortunately a torn ACL injury during a preseason workout prematurely ended his season. A setback in his recovery during training camp in 2019 kept him on the sidelines for a second-straight season.

When healthy McKinnon has proven an effective playmaker in the backfield and on special teams. He’s averaged 23.0 per kick return in the NFL.

McKinnon would appear likely to compete with Williams for the No. 2 spot on the depth chart and could provide an option at kick returner on special teams.