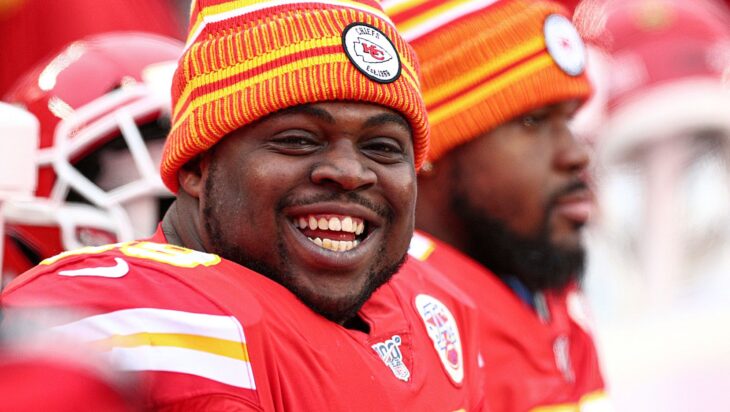 KANSAS CITY, Mo. — The Chiefs made a series of roster moves on Saturday ahead of their Week 7 contest at Denver, activating defensive tackle Khalen Saunders and elevating two players from the practice squad.

The club made room for the return of Saunders to the active roster by placing defensive end Alex Okafor on injured reserve. Okafor sustained a hamstring injury in Monday night’s win at Buffalo. Landing on injured reserve means Okafor will miss at least the next three games.

Saunders returns to the active roster after missing five games with a dislocated elbow. The team designated Saunders for return from injured reserve on Wednesday. He worked with the club this week during practice and will be able to play on Sunday against Denver.

Isidora joined the Chiefs practice squad on Sept. 8 with a veteran exception and the club protected Isidora from signing with any other NFL teams this week. The 6-foot-3, 306-pound lineman was a fifth-round choice for Minnesota in the 2017 NFL Draft, and spent the past three seasons with the Vikings. He played 24 games with six starts, tallying 488 offensive snaps at both left and right guard positions. This would mark his first appearance on the field with the Chiefs.

The elevation of Isidora enables the Chiefs to carry a full complement of eight offensive linemen against the Broncos with right tackle Mitchell Schwartz ruled out due to a back issue. The Chiefs plan to start and offensive line with Eric Fisher, Nick Allegretti, Daniel Kilgore, Andrew Wylie and Mike Remmers from left to right. That leaves Austin Reiter, Yasir Durant and Isidora backing them up.

This marks the second-straight week the Chiefs elevated Kemp to the active roster for game day. Teams can elevate a practice squad player twice during the season, which means Kemp can only return to the game day roster again in 2020 if he is signed the active 53-man roster.

The Broncos also made a flurry of roster moves ahead of Sunday’s game, activating cornerback A.J. Bouye and defensive ends Dre’Mont Jones and DeMarcus Walker from injured reserve. The club also elevated from the practice squad inside linebacker Nigel Bradham and running back Jeremy Cox.