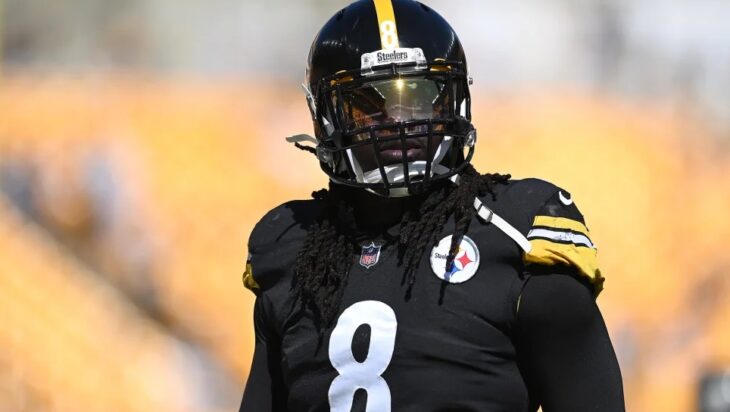 The Chiefs acquired Ingram in exchange for a sixth-round draft choice. In return for Duvernay-Tardif, the club acquired veteran tight end Daniel Brown.

The 32-year-old Ingram arrives in Kansas City after collecting a sack and six quarterback hits in six games with the Steelers. He did not play against Cleveland on Sunday due to a groin injury.

The Chiefs are certainly familiar with Ingram, however, who spent the first nine seasons of his NFL career in the AFC West with the Chargers. Ingram also visited the Chiefs during the offseason as a free agent before ultimately signing a one-year, $4 million free-agent contract with the Steelers.

Ingram picked up three Pro Bowl honors with the Chargers while tallying 50 sacks in 119 games in his career.

Ingram didn’t depart Pittsburgh on the best of terms, however. He reportedly bristled at his role in the team’s defense, and head coach Mike Tomlin conceded the relationship didn’t work out how either side envisioned.

“What the team needs is first and foremost,” Tomlin said Tuesday following the trade. “From a team perspective also, It’s better to have volunteers as opposed to hostages.”

Ingram brings experience and depth to the Chiefs defensive line. The club needs both right now with Chris Jones and Frank Clark both limited by injuries during the first half of the season. The addition of Ingram could also allow Jones to play more in the interior of the defensive line.

Brown comes to Kansas City as a long-time back tight end and core special teams player. In seven NFL seasons he’s only played more than 100 offensive snaps in three campaigns, the last in 2019 with the Jets when he caught seven passes for 72 yards and a touchdown. In 81 career games with 12 starts he’s caught 44 passes for 420 yards and two touchdowns during stints with the Ravens, Bears and Jets.

Duvernay-Tardif departs Kansas City as a fan favorite who earned most of his fame as “The Doctor,” earning a medical degree from McGill University in Montreal while playing in the NFL. He played in 60 games for the Chiefs after joining the club as a sixth-round selection in the 2014 NFL Draft.

Duvernay-Tardif opted out of the 2019 season due to the COVID-19 pandemic, opting to apply his medical training while assisting in a long-term care facility near Montreal. He along with teammate Patrick Mahomes were one of five selections for the 2020 Sports Illustrated Sportsperson of the Year.