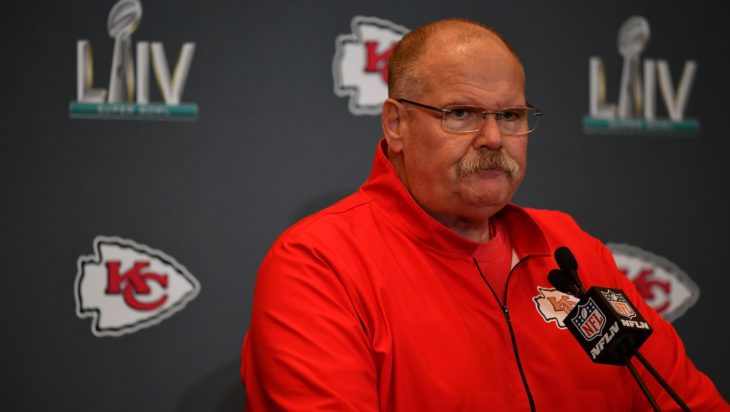 MIAMI — The Chiefs remain on target to enter Super Bowl LIV on Sunday with a healthy roster after a sharp practice on Thursday under the watchful eye of head coach Andy Reid.

“Guys got good work in and played fast,” Reid said. “It was a great day here. The team is doing good, and they have good energy.”

Players wore shells in the practice running more than two hours. The team emphasized goal line, short-yardage and nickel situations including a review of first and second down, according to pool reporter Dan Pompei.

Reid said the squad would finish up with red-zone work on Friday followed by their mock game on Saturday.

Reid’s former quarterback with the Eagles, Donovan McNabb, addressed the team before practice.

“He’s been there and done it,” Reid said. “He’s been in the league, played a long time. It was good hearing from him.”

There were no changes on the 49ers injury report on Thursday either. Linebacker Kwon Alexander (pectoral), running back Tevin Coleman (shoulder) and safety Jaquiski Tartt (ribs) were limited in practice for the second straight day. Head coach Kyle Shanahan said all three players will play on Sunday.

Temperates in the Miami area were warmer on Thursday with temperates in the mid-to-upper 70s and much less cloud cover than on Wednesday. Shanahan compared the conditions to a training camp setting and said the club reminded players to stay hydrated.

“I’m sure it’s going to be a little warmer and humid for the game also,” he said.

Full participation: All others