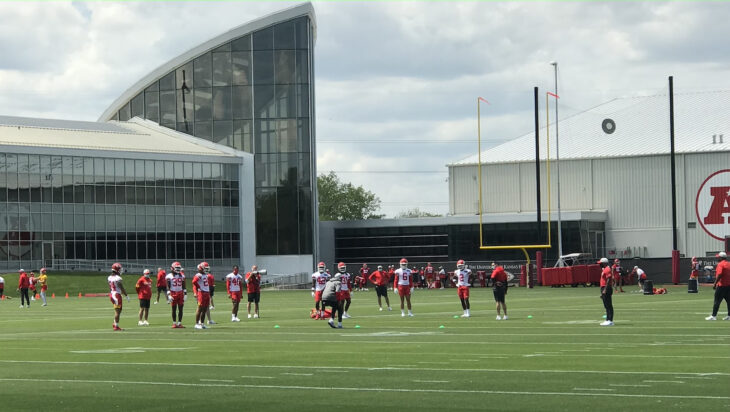 The Chiefs opened their three-day rookie minicamp on Friday with a streamlined roster of 29 players, including the team’s six draft picks, eight undrafted free agents and 10 first-year players on the club’s active roster.

Linebacker Nick Bolton, the team’s first pick in this year’s draft at No. 58 overall, said he’s working on picking up the playbook as he gets acclimated to the NFL.

“Not really trying to prove anything, just trying to soak everything up, learning the basic fundamentals, how to practice, how to become a Kansas City Chief and be a practice player,” Bolton said. “So I’m just doing that every single day and that’s what I hope to accomplish, proving myself and learning the playbook and also just learning how to be a Chief.”

“I’m going to work my butt off making sure I’m doing all of the right things, showing them that I’m a loyal guy, I’m a team-first guy and just getting out there and competing,” Humphrey said.

Offensive lineman Lucas Niang, who opted out of the 2020 season, is the lone member of last year’s draft class attending the minicamp. He is joined by five other players who spent time with the Chiefs during the 2020 season. The club also invited five players to the minicamp on a tryout basis.

The 29 players attending the minicamp are a far cry from the numbers attending the rookie indoctrination in a typical season. In 2019, the Chiefs brought a total of 72 players in for the minicamp. As a result, players on Friday took part in individual drills, installation periods and seven-on-seven work but did not conduct any full team drills due to the lack of numbers.