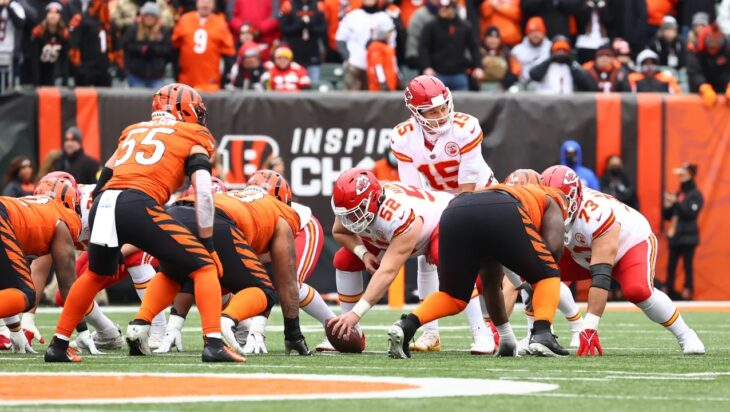 KANSAS CITY, Mo. — If the Chiefs defeat the Denver Broncos on Saturday, Kansas City fans will have their eyes on the Tennessee-Houston match up on Sunday determining Kansas City’s playoff position but there are two other games that will have an impact on the team’s future opponents.

One of the Chiefs’ home games next season will be against the winner of the AFC East. The Buffalo Bills can clinch the division title with a win or a tie against the New York Jets. If the Bills lose, the New England Patriots can claim the division crown with a win at Miami.

The Chiefs already know the opponents for 16 of their 17 games the 2022 regular season, which includes six games against teams in playoff contention — a list that could grow to 10 games. The slate includes home games against Tennessee, the Los Angels Rams and the Seattle Seahawks along with visits to the Arizona Cardinals, Cincinnati Bengals and Tampa Bay Buccaneers. With NFL’s 17-game schedule, the Chiefs are set to play nine road games and eight home contests next season.

Here’s the breakdown of opponents the Chiefs will face in 2022:

The NFL schedule formula in 2022 matches the AFC West with the AFC South and the NFC West for common opponents in 2022. The final three opponents are determined upon how teams finish in the standings at the end of the season. The Chiefs will face the champion of the AFC East and North along with the NFC South winner.

The Broncos in 2022 will host the New York Jets and play on the road at the Carolina Panthers and the fourth place team in the AFC North (Baltimore or Cleveland).

The Chargers and Raiders will host an AFC East opponent and play on the road at an AFC North and NFC South opponent based on their order of finish in the division.

Of note for the Germany game is that Kansas City and Tampa Bay are two of the four NFL teams that recently were awarded international market rights in Germany along with New England and Carolina. The NFL has identified three potential sites for the game in Germany: Düsseldorf, Frankfurt and Munich. The largest stadium in those three cities is Allianz Arena with a capacity of 75,024. The stadium is the home grounds for Bayern Munich, which has a partnership agreement with FC Dallas of Major League Soccer. The Chiefs and FC Dallas are both owned by Clark Hunt.

Even if the Chiefs aren’t selected for an international game in 2022, the likelihood is high for the team to play one of its ninth home games in Germany in the near future.